The Woodmac report we saw offered us cause for pause — “Strong activity from the (major oil companies)” while “national oil companies have tightened their purse strings.” What Maritime Reporter found, was that national oil companies — nation-builders, for many — are putting their money in affiliate shipyards. The hope of two, new shipbuilding giants is jobs, innovation, national survival and export security. The model is to invite those who have done it before: Koreans, Japanese, French and a contractor with offshore and marine experience. 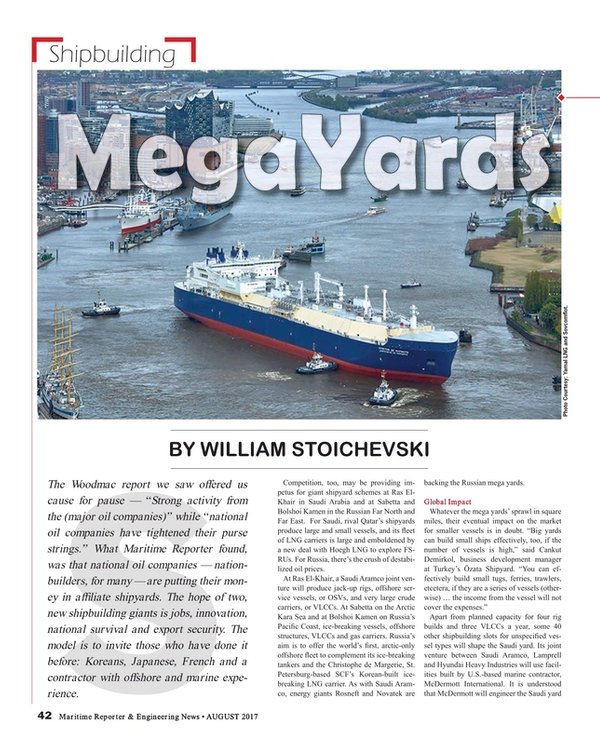