Whether it’s autonomous cars or connected houses, it seems like everywhere you look these days, internet of things (IoT) technology is a focus. Even in the conservative maritime world, IoT is currently a hot topic. Shifting supply chain solutions and business models are fundamentally changing the way that commercial shipping and the wider transport sector operates. 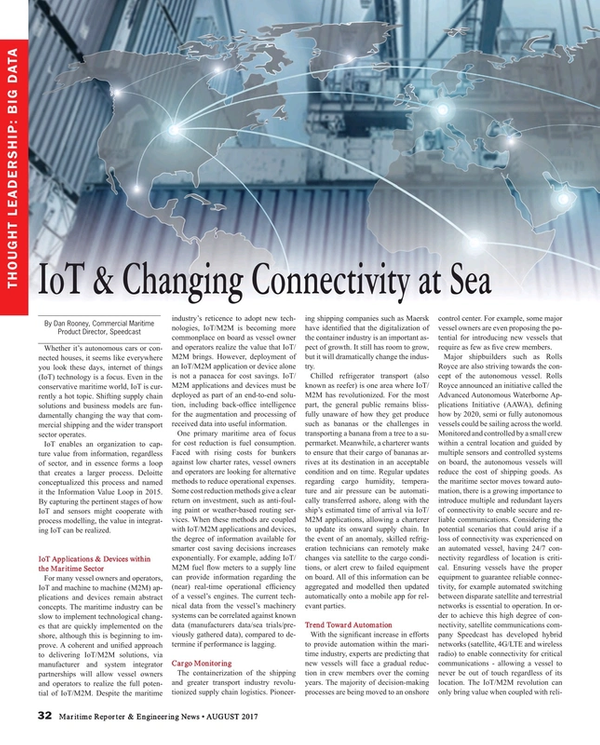