The Challenge of Marine Asset Appraisal

While large shipping asset deals are often financed through the major capital markets, loans for most oilfield service marine equipment are funded with asset based lending. For such asset based lending, a domestic U.S. bank, with some exceptions, will be asking for an appraisal that is compliant with the Uniform Standards of Professional Appraisal Practice (USPAP). 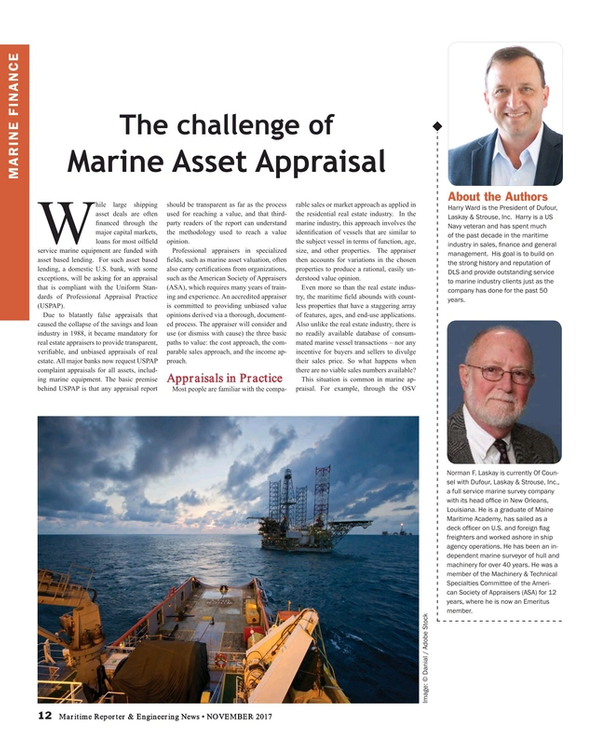