Block Island — U.S.-based Deepwater Wind’s five-turbine, 30-megawatt wind park — was the first. It showed what was possible, what might not have been optimal and how long it all takes. Since then, incentives for onshore-wind have been curbed, while a tax credit for offshore wind has been extended. Wind parks are in the works. States have power companies buying offshore wind energy, and experienced offshore operators are hiring the new wind-service vessels from elements of their oil-and-gas supply chain. The Jones Act, too, is being overcome by fleet owners and designers joining the U.S. offshore wind build-up. 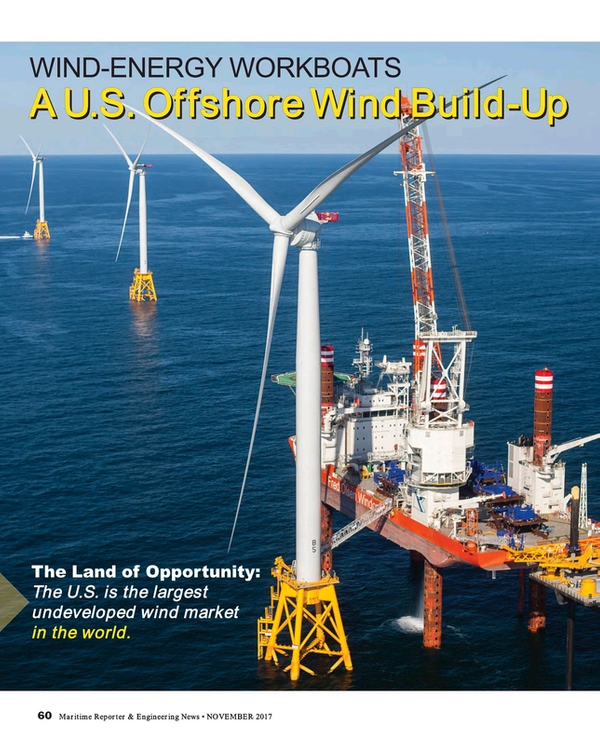