In October the world’s ferry operators gathered in Split Croatia for the Forty Second Annual Interferry Conference. The 470 or so delegates represented 210 operators and support companies from 27 countries. A trade show included firms from around the world including shipbuilders, naval architects, equipment suppliers, training and others of the diverse group that make up the ferry industry. 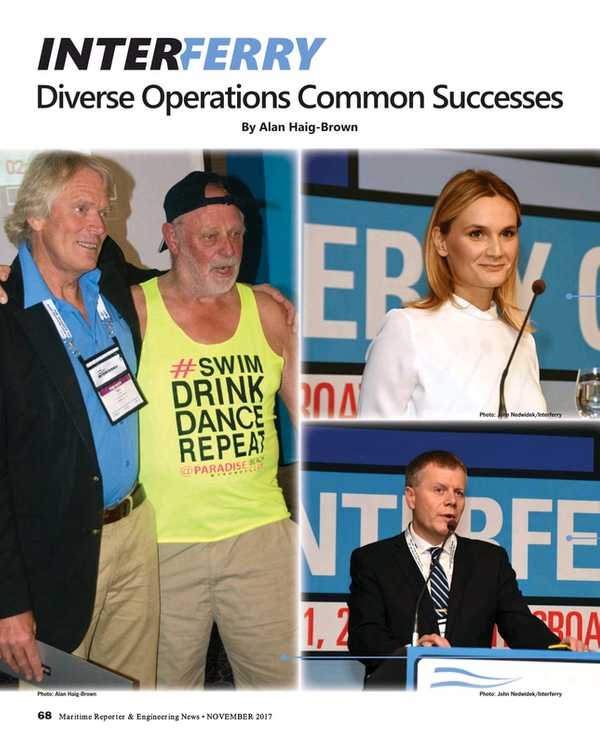