The explosive growth of international boxships is challenging not only the physical infrastructure of North American ports, but also the very nature of the existing supply chains that they impact. 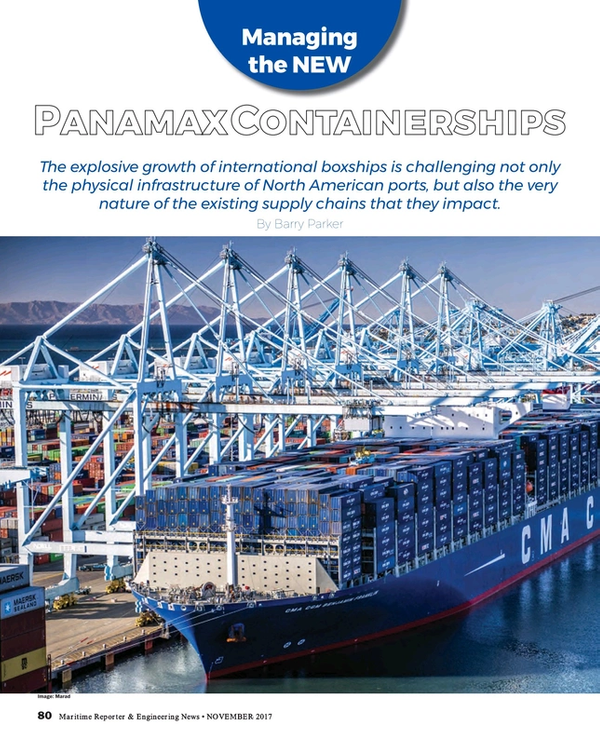