The Company:
Massachusetts Maritime Academy offers seven undergraduate Bachelor of Science degrees and two graduate Masters of Science programs. The regiment of cadets is comprised of students from around the globe. The academy operates a training vessel used to acquire sea service for the cadets. Two tugs (Alert and Hercules) and a barge support the Mate of Towing program. The Academy has a vast array of simulators used for undergraduate and professional mariner training. The engineering program has a live steam plant with a condensing turbine used for training along with multiple live and static machinery including diesel, gas turbine and steam turbines.
The Case:
Massachusetts Maritime Academy has been training deck and engine licensed seafarers since it opened 125 years ago. The academy now brings in a class of 500 cadets of which fully one-half are USCG license track students. Massachusetts Maritime Academy also offers professional seafarer training through a variety of 22 USCG approved courses offered under the Division of Continuing Education.
(As published in the August 2016 MN100 edition of Marine News) 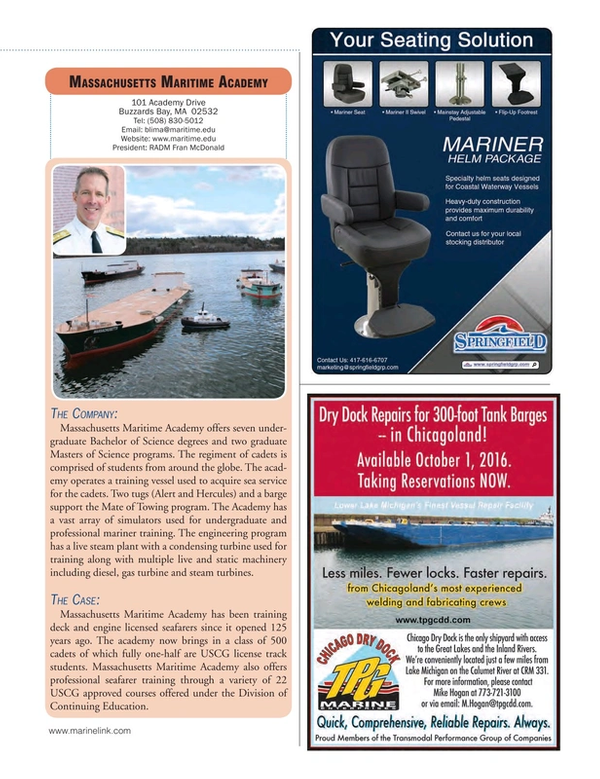