The New York Metropolitan Section of The Society of Naval Architects and Marine Engineers has announced its program of technical meetings for the 1977/ 1978 season. The schedule is as follows: September 29, 1977 — Paper: "Farrell Lines '85' Class Container Ships," by Thomas Sartor Jr., Farrell Lines Incorporated, and Robert P. Giblon, George G.

Sharp, Inc. The meeting will be held at the U.S. Coast Guard Officers' Club, Governors Island, N.Y. This will also be past chairman's night.

This will be a joint meeting with The Society of Marine Port Engineers and The Institute of Marine Engineers. 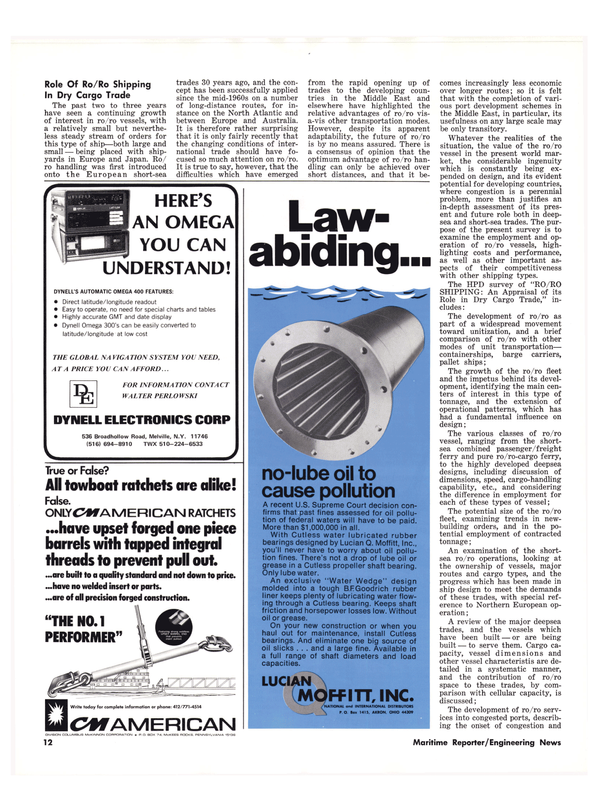