Marathon Manufacturing Company, Houston, Texas, has announced that with firm construction contracts negotiated in August f o r four of its offshore jackup drilling rigs, a total of $61 million has been added to its marine construction backlog.

The contracts for Marathon jackup rigs are with the Penrod Drilling Company and Keydril Company, both Texas-based firms.

Prior to the four new contracts, Marathon's marine backlog was at $72.7 million and with the additional $61 million, the Marathon offshore drilling rig backlog is at $133.7 million. In addition, Marathon has two pending agreements totaling $29.3 million to cover the construction of two of its jackup drilling rigs. Contract signing is expected shortly. When these contracts are complete, the marine backlog will amount to $163 million.

Included in the $61 million are three offshore rigs being built for Penrod Drilling Company.

This unit utilizes the purchase option for a second rig Marathon granted the British National Oil Corporation when BNOC signed a speculative rig contract in April of this year. The speculative rig, also a Marathon-class 116, has been purchased by Penrod Drilling Company, and is scheduled for delivery from the Clydebank yard in June 1978.

A fourth contract has been signed with Keydril Company for a Marathon-class 116 rig to be built at the firm's Brownsville, Texas, shipyard. The rig has been designated the Key Galveston, and is scheduled for delivery in May 1978. 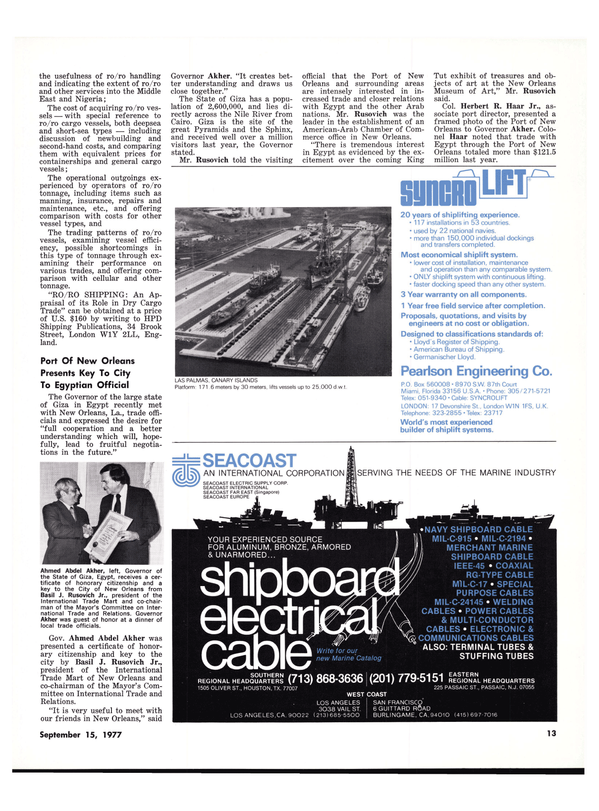