The retirement of Hollinshead de Luce, manager of ship development and sales in Bethlehem Steel Corporation's shipbuilding department, has been announced by William C. Brigham, vice president in charge of shipbuilding.

At the same time, Mr. Brigham announced that Roland V. Danielson will become manager, ship development and sales and assume the responsibilities for new ship design development and marketing, which have been fulfilled by Mr. de Luce since 1962.

Mr. Danielson, presently assistant manager, ship development and sales, will remain at the Sparrows Point, Md., shipyard, and the new construction sales office in New York City will be discontinued.

Mr. de Luce is completing 38 years of service with Bethlehem Steel. A native of Bayville, N.Y., he was graduated from Webb Institute of Naval Architecture and began his career with Federal Shipbuilding and Dry Dock Company, and then Fairbanks, Morse & Company. He joined Bethlehem in 1939 in what was then the design department of the Fore River (Mass.) Yard, and which later became the central technical division (CTD).

"Thirty-seven percent of all oceangoing ships built in U.S. shipyards during this period were built to CTD designs," he said.

Transferred to Bethlehem's New York office in 1962, Mr. de Luce's prime responsibility was the development and marketing of Bethlehem standard ship designs and negotiation of contracts for the ships.

He has been active in various maritime organizations including The Society of Naval Architects and Marine Engineers, American Bureau of Shipping, and Marine Technology Society.

A native of Cambridge, Mass., Mr. Danielson joined Bethlehem Steel in 1942 as a member of that year's training program for college graduates, following graduation from Massachusetts Institute of Technology.

His initial assignment was at Bethlehem's former Quincy, Mass., shipyard, and then he was transferred to the central technical division as an assistant engineer in 1944.

Four years later, he became chief of basic ship design and in 1971, he was appointed assistant manager, ship development and sales. In this position, he has provided liaison between the New York ship sales office, CTD, and the Sparrows Point Yard.

Mr. Danielson is a member of The Society of Naval Architects and Marine Engineers, and has served on American Bureau of Shipping committees and on the U.S. Coast Guard's chemical transportation industry advisory committee. 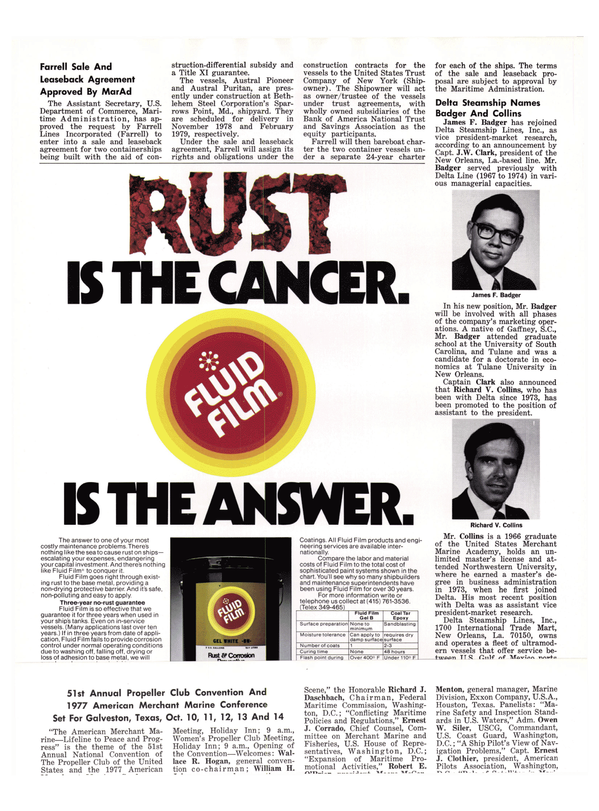