The Maritime Administration has conditionally approved applications filed by subsidiaries of Zapata Corporation, Houston, Texas, for the sale of eight U.S.- flag tuna boats to foreign companies and transfer of the boats to foreign registry and flag.

MarAd listed five essentially identical conditions for the sale and transfer of the vessels, all of which are purse-seiner types. All conditions must be approved by the sellers and buyers before the transfer orders and agreements become final.

One of the requirements is that the purchasers each post obligation bonds. The amounts of the bonds range from $118,500 to $150,000 for the eight vessels.

Another condition concerns the protection of marine mammals.

The purchasers must agree to "conform to the requirements of present or future laws and regulations of the United States governing the protection of the marine mammals in the course of commercial fishing operations, including the Marine Mammal Protection Act, the Endangered Species Act, and the Inter-American Tropical Tuna Convention as implemented by the Tuna Conventions Act, in the same manner as if said vessel were within the jurisdiction of the United States, excepting any quota on the taking of said mammals which may be applicable by its terms to U.S. 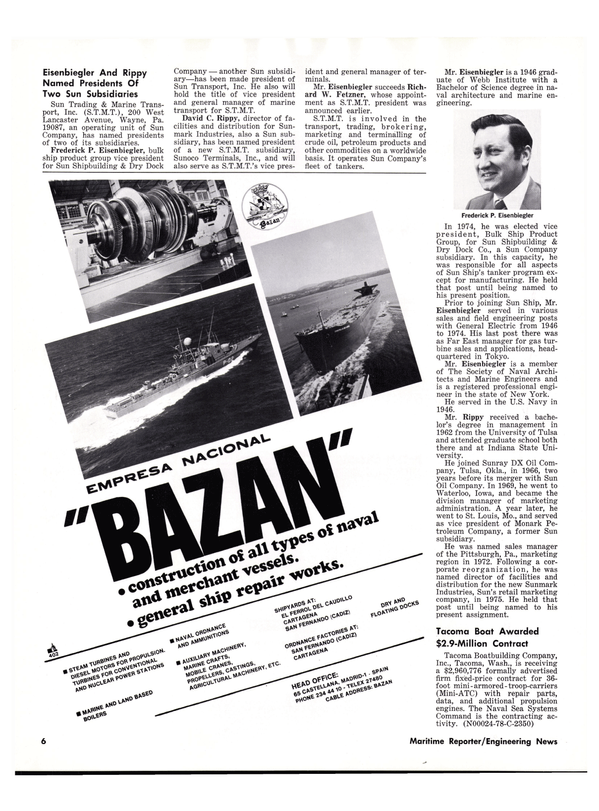