Marine Equipment Suppliers, Inc., 601 Jefferson Street, Suite 3600, Houston, Texas, has applied for a Title XI guarantee to aid in financing the construction of a self-propelled, reel pipelay ship. The ship, to be named Apache, is expected to begin work in the Gulf of Mexico, and later may be employed in the North Sea.

The Apache is designed to lay steel pipe from 4 to 16 inches in diameter in prewelded, continuous lengths from 7 to 50 miles long. It will participate principally in two different markets: laying flowlines associated with subsea completed wells and laying "standard" pipelines.

The vessel will have an overall length of 389 feet and a molded breadth of 70 feet. It will be driven by twin-screws and powered by a pair of diesel engines totaling 7,200 horsepower (hp). The ship will be able to cruise at 12.5 knots and will have a range of 5,000 miles. Four 900-hp thrusters — two at the bow and two astern — will position the vessel during pipelaying and retrieval operations.

During pipelaying operations, the Apache will tie up at a coastal base where pre-welded strings of pipe are wound onto the reel and joined together. When loaded, it will sail to the designated site and unreel the pipe off the stern at speeds of 1.5 to 2 knots.

The construction of the vessel will be performed by Todd Shipyards Corporation at its Galveston, Texas, yard. The estimated actual cost is about $34 million. Marine Equipment Suppliers, Inc. is a wholly owned subsidiary of Santa Fe International Corporation, Orange, Calif. 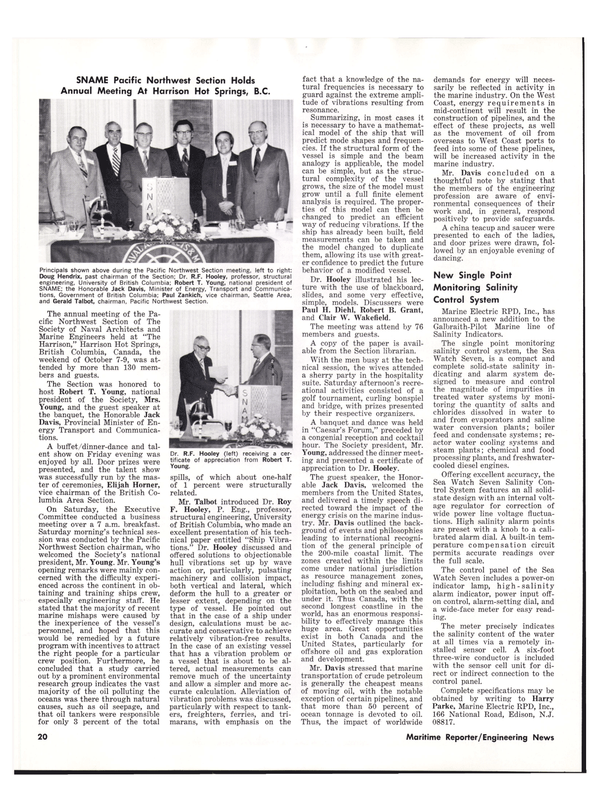