Ogden Marine Indonesia, Inc., a subsidiary of Ogden Marine, Inc., New York, has applied to the Maritime Administration for conconstruction- differential subsidy (CDS), and amended its 1975 application for a Title XI guarantee to aid in financing the construction of three liquefied natural gas (LNG) carriers.

Ogden Marine plans to use the ships to transport liquefied natural gas between Indonesia and the U.S. West Coast. Each LNG is expected to cost approximately $287 million. If approved, the Title XI guarantee would cover 75 percent of the shipbuilding costs not covered by Federal construction subsidies.

Ogden Marine's applications represent the second financing request received by the Maritime Administration within a month in connection with the transportation of LNG from Indonesia to California for use by Pacific Gas and Electric Company and Pacific Lighting Corporation. The first application, also involving three ships, was received from Zapata Western LNG Inc. of Houston. 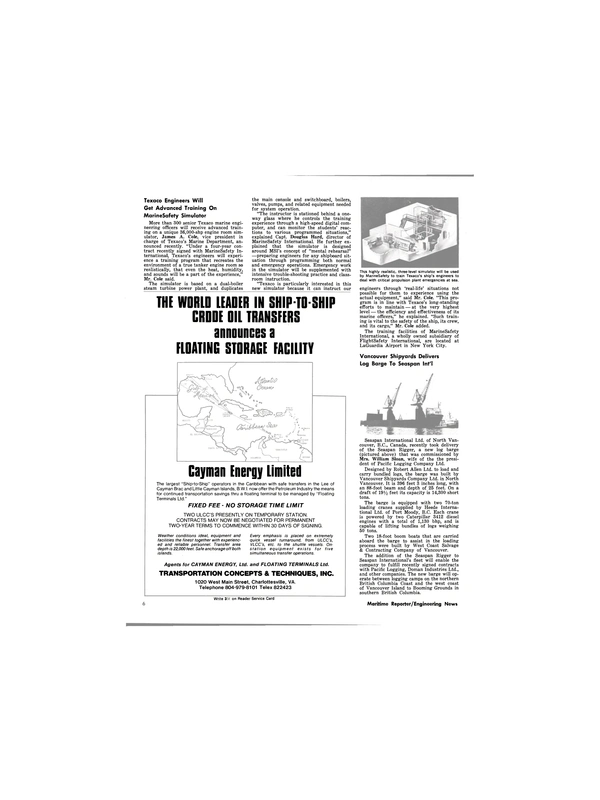