Texaco Engineers Will Get Advanced Training On MarineSafety Simulator

More than 300 senior Texaco marine engineering officers will receive advanced training on a unique 36,000-shp engine room simulator, James A. Cole, vice president in charge of Texaco's Marine Department, announced recently. "Under a four-year contract recently signed with MarineSafety International, Texaco's engineers will experience a training program that recreates the environment of a true tanker engine room so realistically, that even the heat, humidity, and sounds will be a part of the experience," Mr. Cole said.

The simulator is based on a dual-boiler steam turbine power plant, and duplicates the main console and switchboard, boilers, valves, pumps, and related equipment needed for system operation.

"The instructor is stationed behind a oneway glass where he controls the training experience through a high-speed digital computer, and can monitor the students' reactions to various programmed situations," explained Capt. Douglas Hard, director of MarineSafety International. He further explained that the simulator is designed around MSI's concept of "mental rehearsal" —preparing engineers for any shipboard situation through programming both normal and emergency operations. Emergency work in the simulator will be supplemented with intensive trouble-shooting practice and classroom instruction.

"Texaco is particularly interested in this new simulator because it can instruct our engineers through 'real-life' situations not possible for them to experience using the actual equipment," said Mr. Cole. "This program is in line with Texaco's long-standing efforts to maintain — at the very highest level — the efficiency and effectiveness of its marine officers," he explained. "Such training is vital to the safety of the ship, its crew, and its cargo," Mr. Cole added. 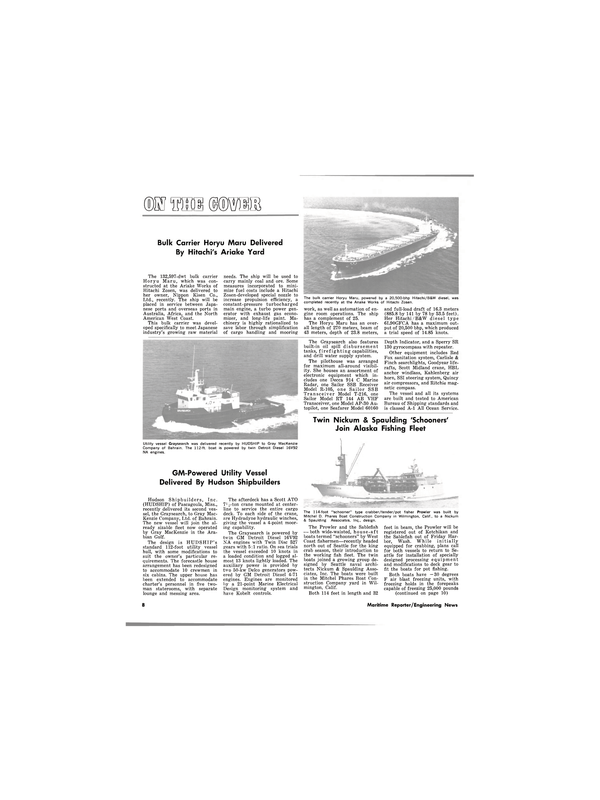 Read Texaco Engineers Will Get Advanced Training On MarineSafety Simulator in Pdf, Flash or Html5 edition of December 1980 Maritime Reporter