An agreement for Southern Natural Resources, Inc. to purchase Interstate and Ocean Transport Company and its affiliated companies, which own and operate the largest U.S. independent fleet of coastal tank barges and tugs, has been signed by Southern Natural and IOT Corporation of Philadelphia, Pa., Interstate's parent company.

Terms of the acquisition, as announced last August when the preliminary understanding was reached, call for cash and short-term notes in excess of $100 million.

It is expected that the purchase will be closed by the end of 1980.

Incorporated in 1928, Interstate operates a fleet of 51 tank barges and 37 tugs between refineries and ports along the Atlantic and Gulf Coasts and is one of the nation's largest transporters of petroleum products.

"Interstate will be a strong addition to Southern Natural Resources and has significant growth potential in energy transportation," Mr. Goodrich said. "Interstate is regarded as one of the finest operations in its industry and fits in well with Southern Natural's own background in energy transportation and marine activities." Southern Natural Resources is a large energy and natural resources concern, with interests in interstate natural gas pipelines, offshore drilling, oil and gas production, and forest products. 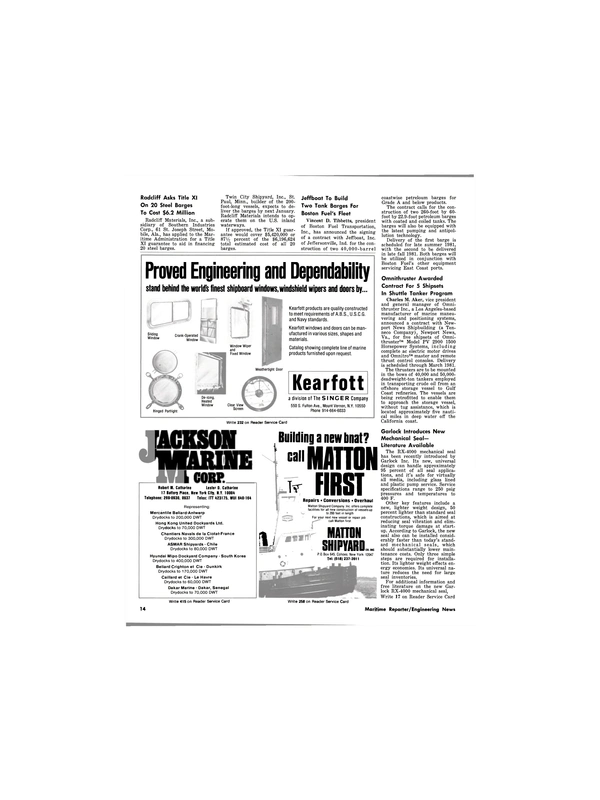