The multipurpose, deck cargo landing craft Sea Hawk (pictured above) is the eighth design of its kind of various sizes from the Miami, Fla.-based James S. Krogen and Company, Inc., naval architects, for use on the rugged Alaskan coastline.

Built by the Nichols Boat Works of Hood River, Ore., the craft will be operated by its owner, Air Marine Company of Ward Cove, Alaska, to transport logging and construction equipment from site to site along the southern Alaskan coastline. Where docks are available, she can load from bow to stern. A raised pilothouse and quarters for six provide a 14-foot clearance. The aft portion of the deckhouse is designed to take on a landing load from a helicopter.

The 98-foot craft has a beam of 28 feet and draws 6 feet. Deadweight is 185 long tons, and gross tonnage 88. Two 330-bhp Allis Chalmers diesel engines produce a cruising speed of 10 knots. The craft carries 6,500 gallons of diesel fuel and 1,500 gallons of water 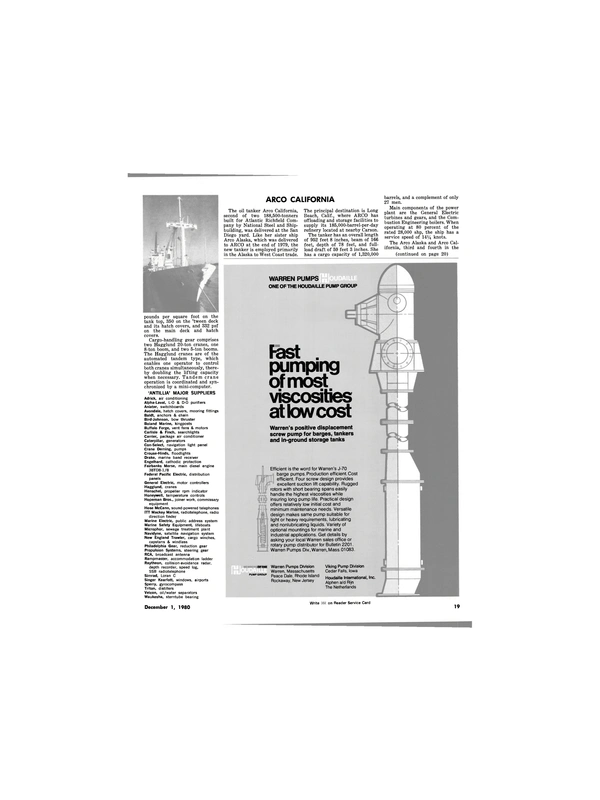