The Blue Ridge hull was constructed in the company's flatbottomed 1,000-foot-long building dock. Launching was accomplished by flooding the dock and floating out the vessel. The Blue Ridge will be berthed and outfitted at NASSCO with delivery scheduled for April 1981. It will be used to transport oil products from Union Oil's Beaumont, Texas, refinery to terminals on the Gulf and Atlantic Coasts.

The second and third product carriers for West Coast Shipping are currently under construction, and delivery is scheduled for June 1981 and August 1981, respectively.

The vessels are a new NASSCO design designated as the Carlsbad Class. They are 100 feet in beam, have a 33-foot draft, and will carry 250,000 barrels of refined petroleum and petrochemical products from refineries to distribution centers.

The vessels will incorporate the most modern equipment available and will meet the latest safety and environmental protection standards including double bottoms, a clean segregated ballast system, an inert gas system, a sewage treatment plant, collision avoidance radar, and a backup steering system. They will have steam turbine engines for maximum fuel efficiency and conservation for their particular trade. 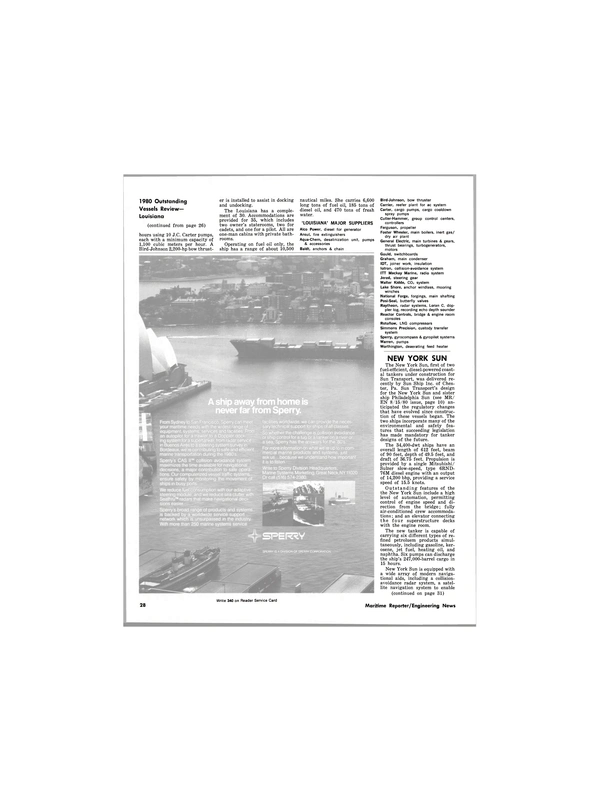