The first of four Friendship class river pushboats ordered by the Chang Jiang Shipping Administration of the People's Republic of China from Dravo Corporation was launched into the Ohio River recently at Dravo's Neville Island shipyard near Pittsburgh.

It will operate on the lower Yangtze River upstream from Shanghai.

When all four towboats are completed, they will be towed down the Ohio and Mississippi Rivers to New Orleans, where they will be loaded on a submersible deck barge and shipped via the Panama Canal to China.

Several custom features were designed into the vessel by Dravo's Engineering Works Division. The main deckhouse has been outfitted with portholes instead of windows, and the deckhouse has been made watertight because the boat will operate in near-open water at wide portions of the Yangtze River.

Special navigation lights have been installed to conform to the navigation system in China, which differs from that used in the United States. The vessel's galley has been fitted with a wok and steam kettle for Chinese cooking. Normally, a crew of 14 operate the boat.

In addition to the four pushboats, Dravo is furnishing a fleet of 30 barges that will be assembled in China for river transportation. 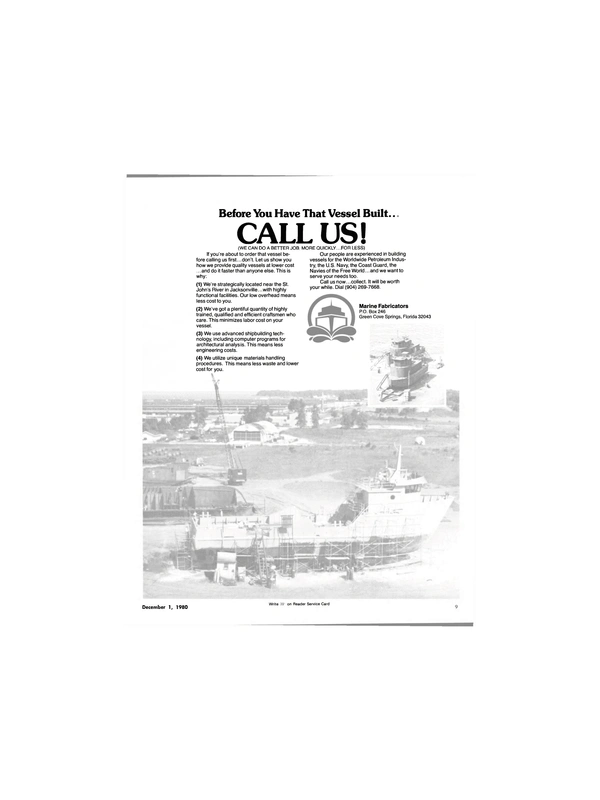