A recent meeting of the Los Angeles Metropolitan Section of The Society of Naval Architects and Marine Engineers was held, as usual, aboard the early 20th-century passenger ship Princess Louise I. The technical session featured Dr. Maxwell C. Cheung, president of MCA Engineers, Inc. of Newport Beach, Calif. His presentation was titled, "Concrete Barges—A Floating Breakwater." The concept of a sloping-float breakwater was developed in response to conditions present at the Oregon Inlet offshore North Carolina, though it can be applied to many locations and situations. A great deal of sand transported down the coast tends to block the inlet.

The breakwater is necessary to protect a small dredge at the inlet and to reduce operations downtime.

For a variety of reasons, permanent breakwaters and floating breakwaters constructed of steel were considered to be unfeasible.

Prestressing serves to eliminate fractures and cracks that tend to otherwise develop in the portions of a structure under bending compression. The advantages of concrete include low cost, low labor skill, less corrosion, and less maintenance. Disadvantages include low tensile and shear strengths, difficult quality control, creep and shrinkage, less flexibility for modification, and bulkiness.

It was pointed out that bulk can, in some respects, be considered an asset.

Various types of mobile breakwaters were shown and described.

These included a rigid raft, flexible raft, tethered float, sloping float, and any wave energy collection device. Disadvantages of the first three were pointed out. Basically, the sloping float pierces the sea surface at one edge, slopes away from the incident waves, and is moored to the seafloor at the opposite edge.

The author then explained in great detail the design structural loading and optimization of the general dimensions. Analyses progressed from a simple model to a finite element analysis to model testing. The major problem encountered here was in determining the structural loads imposed by wave-induced impact of the sloping barge edge onto the seafloor.

The impacting is not a standard naval architectural problem.

The results of various analytical models were correlated to those of model testing. Finally, construction and operations scenarios and details were discussed.

Dr. Cheung's talk was supported by many slides as well as a movie of the model testing. 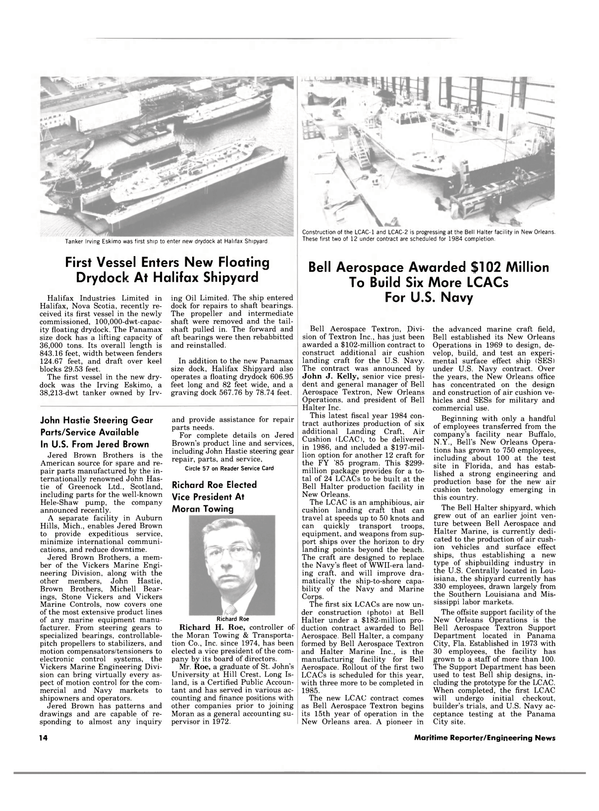