Lykes Bros. Steamship Co., Inc. New Orleans, has signed a letter of intent with shipbuilders in Japan and the United Kingdom for construction of six large, automated containerships.

One letter of intent is with a joint venture of Mitsui Engineering and Shipbuilding Co., Ltd. and Mitsubishi Heavy Industries, Ltd. in Japan for construction of four ships, with an option to build two more.

Another letter of intent is with the Harland & Wolff shipyard in Belfast, Northern Ireland, for construction of two ships, with an option to build four more.

Lykes and the shipbuilders are continuing negotiations toward actual contracts for construction of the ships. Under terms of the letters of intent, the three shipbuilders will continue their joint contributions toward the drawing of final specifications and designs for the ships.

W.J. Amoss Jr., president and chief executive officer of Lykes, noted that he was optimistic that a contract would be signed soon.

"Construction will begin promptly after the contracts are signed," he said.

These contracts will be subject to the approvals of the U.S. Maritime Administration and Japanese and U.K. Government authorities.

The new vessels will be automated, cellular containerships, each able to carry 2,500 twentyfoot- equivalent units (TEUs) of containers. Efficient diesel engines will give them 21-knot service speed.

The six new containerships are to be delivered in 1986. They will be deployed in Lykes's trans-Pacific service between the U.S. Pacific Coast and the Far East.

Lykes now operates two modern roll-on/rolloff container ships in this trade, and is in the process of adding four German-built containerships with capacity of 1,100 TEUs each.

When the 2,500-TEU containerships are delivered, the ships currently in the trans-Pacific trade will be re-deployed on other routes.

Gulf and South Atlantic Coasts and the Great Lakes and St. Lawrence Seaway. Lykes trade routes extend to Northern Europe and the United Kingdom, the Mediterranean, South and East Africa, the west coast of South America and the Far East. 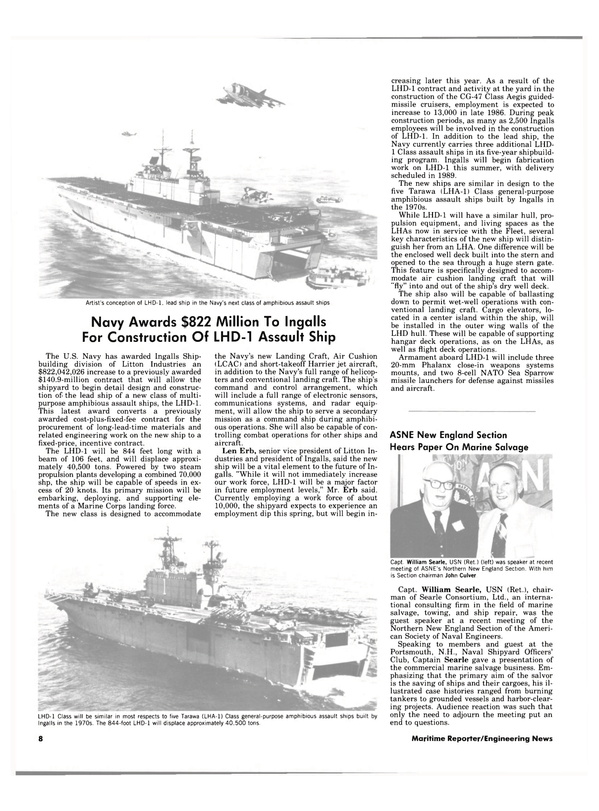