MMA, the Marine Machinery Association, continuing its efforts to foster a better understanding and a better business climate between the Navy and the marine industry, will host two panel discussions at its next meeting on February 26 in Crystal City, Arlington, Va.

During the morning, four panel members representing the Navy and industry will discuss "Quality Issues." Panel moderator will be Mrs.

Mrs. Bradford was a major contributor to the December 16, 1985, Business Week cover story, "The Counterfeit Trade." The morning panel will include Rear Adm.

"Rights in Data" will be addressed during the afternoon sessions, with four panelists from the Navy and industry. Following each intra-panel discussion, the moderator will invite questions/ discussion from the audience.

The meeting will take place at the Sheraton Crystal City in Arlington, Va., on Wednesday, February 26, from 9 a.m. to 4:30 p.m.

Registration fee for the meeting is $75 for members, $100 for nonmembers. A continental breakfast will be available from 8—9 a.m. during sign-in, and cocktails and lunch will be served between the sessions. The luncheon speaker will be announced later.

As seating will be limited, anyone interested in attending and/or joining the association should contact: Dan Marangiello, MMA's executive director, at (703) 553-1821, or write directly to Marine Machinery Association, 1700 K Street NW, Suite 903, Washington, D.C.

The Sheraton Crystal City is offering guaranteed rates of $88 single/$98 double for attendees.

Make reservations directly with the Sheraton Crystal City, (703) 486-1111, advising them that you will be attending the MMA meeting. 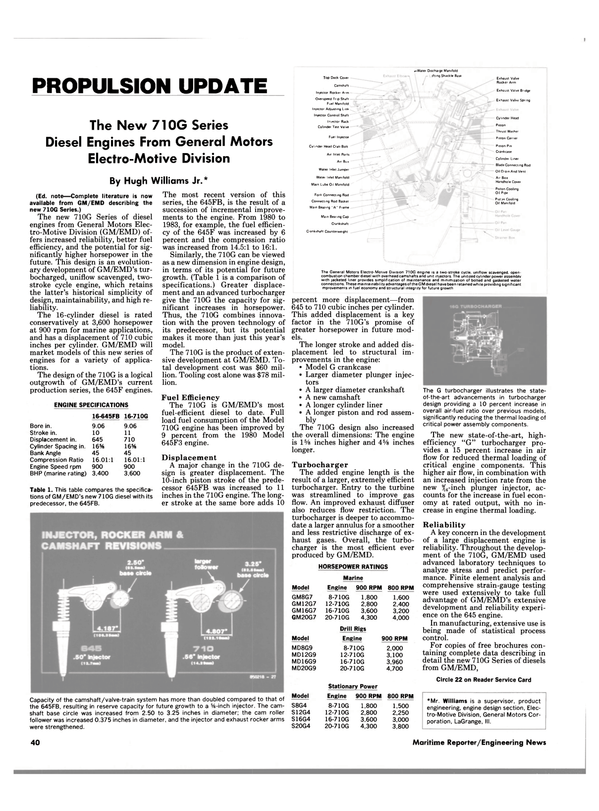