Marinette Marine Corporation's contract with the Naval Sea Systems Command for fifty-two 50-foot workboats was completed one year ahead of contract schedule when the last workboat departed the Wisconsin- based shipyard in December of 1985 for delivery to the West Coast.

One vessel per week has been delivered to the East and West Coasts since November 2, 1984.

The workboats are of steel construction with an overall length of 50 feet, a beam of 14 feet 4 inches, and a full load draft of 3 feet 6 inches.

The twin-screw craft is powered by a pair of 8V-71 GM engines.

Marinette Marine Corporation, now in its 43rd year of operation, is a company of marine design engineers and shipbuilders specializing in the design and construction of defense related marine vessels, and high technology commercial craft. 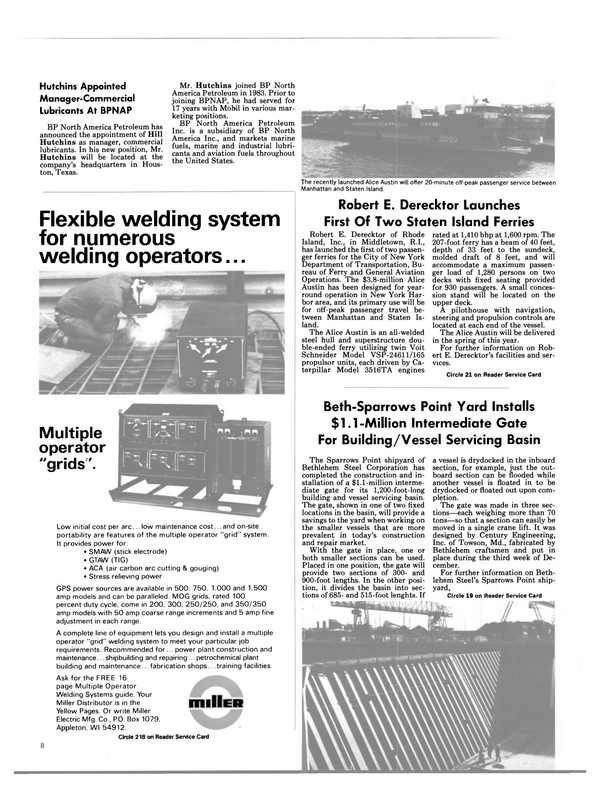 Read Marinette Marine Delivers Last Of 52 Workboats A Year Ahead Of Schedule in Pdf, Flash or Html5 edition of February 1986 Maritime Reporter