—Literature Available Puroflow Marine Corporation, which recently announced the development of a new series of compact power-line filters for OEM applications, has reached agreement with Sperry Corporation to provide Puroflow filters for Sperry's new line of "ruggedized" on-board computers for the marine industry.

The Puroflow filters will provide essential protection for the Sperry computer from the harmful effects of voltage surges and conducted electromagnetic interference (EMI).

Sperry has developed a special version of its popular PC for use abroad ships and offshore rigs, and as an enhancement to its satellite communicators. The computer has been extensively ruggedized with vibration and shock isolation and power-line conditioning to permit dependable operation in the harsh marine environment. The Puroflow filters were selected after an extensive evaluation in which they were found to offer an extremely costeffective solution to the problem of power-line fluctuations, according to Sperry vice president, marketing, C.R. Kenney.

Voltage fluctuations and EMI are common problems aboard ships and offshore oil rigs, causing frequent breakdowns and malfunctions in the sophisticated electronic suites now used in modern marine management. The Puroflow devices have been extensively tested and independently documented to provide total protection, even from the most severe voltage surges, said Mr. 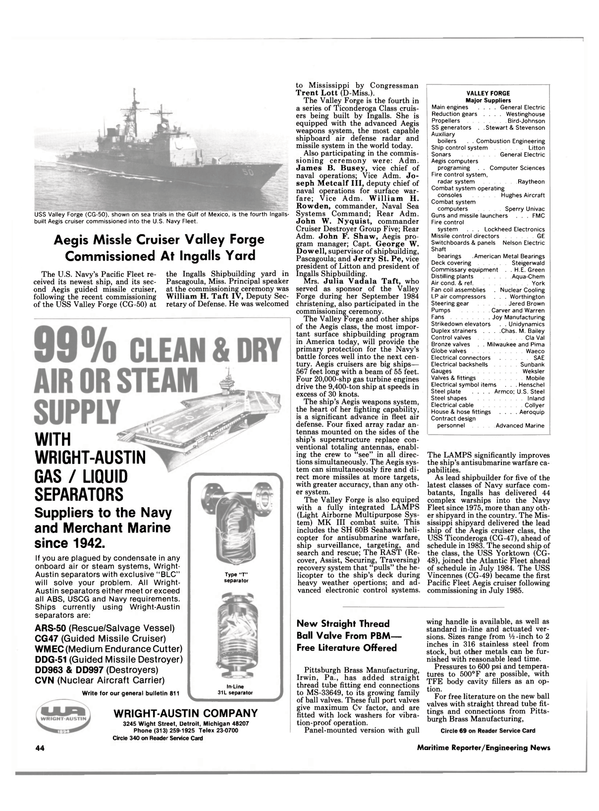