Mr. Gwyn brings over 30 years of marine industry experience to his new position and is joining Bird- Johnson from the Massachusetts Shipbuilders Corporation, where he had been president and chief executive officer for the past three years.

In his new position, Mr. Gwyn is second in command to Charles A.

Orem, president and chief executive officer, who plans to retire later this year. Until his retirement, Mr.

Orem will serve as vice chairman and chief executive officer at Bird- Johnson. Mr. Gwyn will assume Mr. Orem's responsibilities upon his retirement.

In addition to his presidency at Massachusetts Shipbuilder's Corporation, where he headed an effort to form a coalition of government, labor and industry concerns towards reopening the Quincy Shipyard, Mr.

Gwyn is a former president of the Marine Division of AMCA International.

During his tenure at AMCA he saw the completion of several major marine offshore construction contracts including the building of the Fort McHenry tunnel tubes under Baltimore Harbor, a coastwise self-unloading coal barge system, offshore marine terminals for the oil industry, floating offshore oil processing and storage systems, and a Panamax floating drydock. He has also held management positions with General Dynamics, the Charlestown and Quincy Shipyard Divisions, Massachusetts; and Davie Shipbuilding Ltd. of Quebec, Canada.

Bird-Johnson Company is a world leader in the supply of naval and commercial marine controllable pitch and fixed pitch propeller systems and provides castings and precision machined products to the aerospace, automotive and energy industries.

In addition to their Walpole headquarters, they maintain manufacturing facilities in Mobile, Ala.; Pascagoula, Miss.; and Seattle, Wash. They are a subsidiary of Axel Johnson Inc., New York, N.Y., and a member of the Axel Johnson AB group of companies headquartered in Stockholm, Sweden. 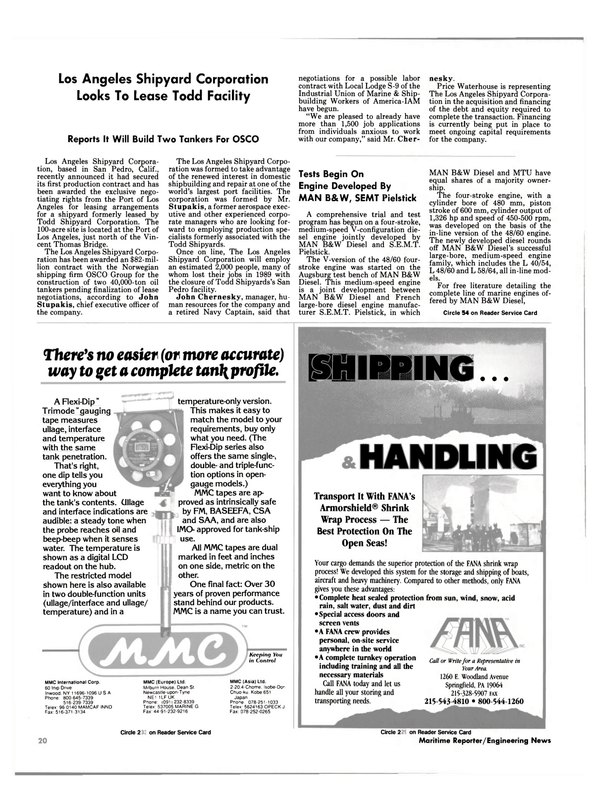