The USS Chosin (CG 65), the 13th Aegis guided missile cruiser to be built for the U.S. Navy by Ingalls Shipbuilding division of Litton, recently joined the U.S. Pacific Fleet after being commissioned at the shipyard last month.

The Navy and Ingalls invited the general public to attend the ceremony, and to participate in guided tours aboard the CG 65 immediately following the commissioning at the company's facilities on the west bank of the Pascagoula River.

General Davis earned the Congressional Medal of Honor as a lieutenant colonel during the 1st Marine Division's historic fight to breakout, during the bitter-cold winter of 1950, from a Chinese Communist encirclement at the Chosin Reservoir during the Korean War, the battle for which CG 65 is named.

There, against overwhelming odds, he led his battalion in a fourday battle which saved a rifle company from annihilation, and opened a mountain pass for the escape of two trapped Marine regiments.

Some 400 members of "The Chosin Few," an organization of the survivors of the breakout at Chosin, were on hand for the commissioning. The general's wife, Willa, served as ship's sponsor for the USS Chosin, and participated in the commissioning ceremony. As sponsor, Mrs.

Davis christened the ship with the traditional bottle of champagne during ceremonies at Ingalls in October 1989.

LeMieux, USN, as his executive officer.

The CG 65 joins the fleet as one of the U.S. Navy's most capable battle group surface combatants. Her Aegis Combat System is an extensive integration of electronic detection, engagement and control equipment, which provides the ship with truly multimission capabilities. Four fixed array radar antennae, mounted on the ship's superstructure, replace conventional rotating radars, enabling the ship and her crew to scan in all directions simultaneously.

USS Wasp (LHD 1), first of a new class of multipurpose amphibious assault ships being built by Ingalls, was commissioned in July 1989, and construction is well under way on three additional ships of the class, Essex (LHD 2), Kearsarge (LHD 3) and Boxer (LHD 4). 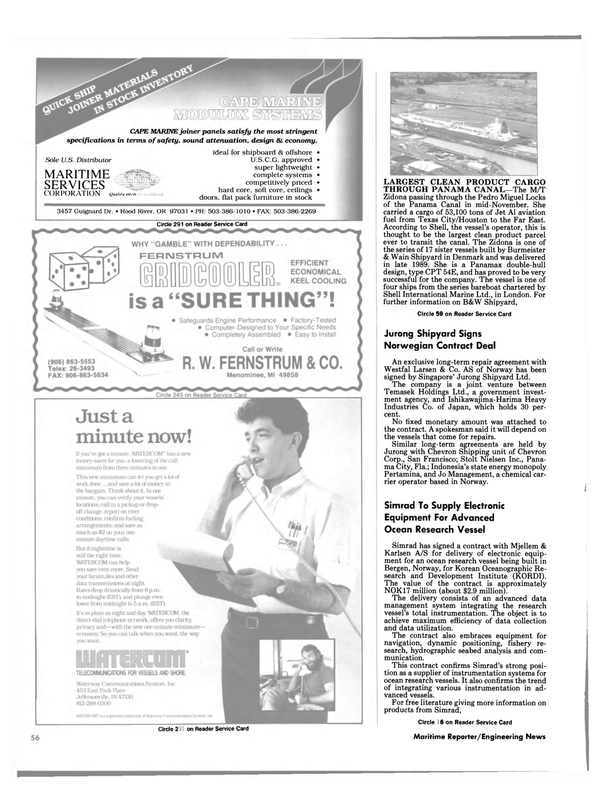