AK-WA Shipyard, Tacoma, Wash., is converting the 369-foot Apollo One to a bottom fish processor for an early March delivery to the Seattle-based Dona Fisheries. In addition, the yard won a contract to repower and modernize eight LCMs.

The Apollo One, launched in 1984 as an incinerator ship for burning hazardous chemical wastes miles offshore, will be renamed the Dona Karen Marie upon completion of the $4,500,000-plus conversion.

Half of the ship's cargo holds will be used for fish processing, while the rest of the incinerator system will be retained to allow the vessel to be returned to its original intended use. The conversion required removal of thousands of feet of sophisticated piping and the installation of a processing house and refrigeration machinery space along with the respective processing and refrigeration equipment.

The Dona Karen Marie will process gray cod, yellow fin sole, and pollack caught in Alaska waters by the four smaller catcher boats of the Dona Fisheries fleet. The vessel will be capable of processing and freezing 350,000 pounds of fish per day with frozen storage capacity of 2.7 million pounds.

The LCM contract was awarded to AK-WA shipyard by the Army National Guard and requires the landing craft to be repowered with two Detroit Diesel 12V-71s, including new foundations and shafting.

Along with the repowering, the LCMs will have all lead-based paint and asbestos removed. All eight LCMs will have modifications made to the hydraulic, bilge, engine cool- ing and fuel oil piping systems as well as the electrical systems.

The refurbishment included replacing and modifying most of the piping systems, installing new owner-furnished engines, auxiliary engines, and main switchboard.

Along with the switchboard installation, much of the electrical system was replaced from engine room to the pilothouse.

For complete details on the shipbuilding and repair facilities of AKWA Shipyard, Circle 28 on Reader Service Card 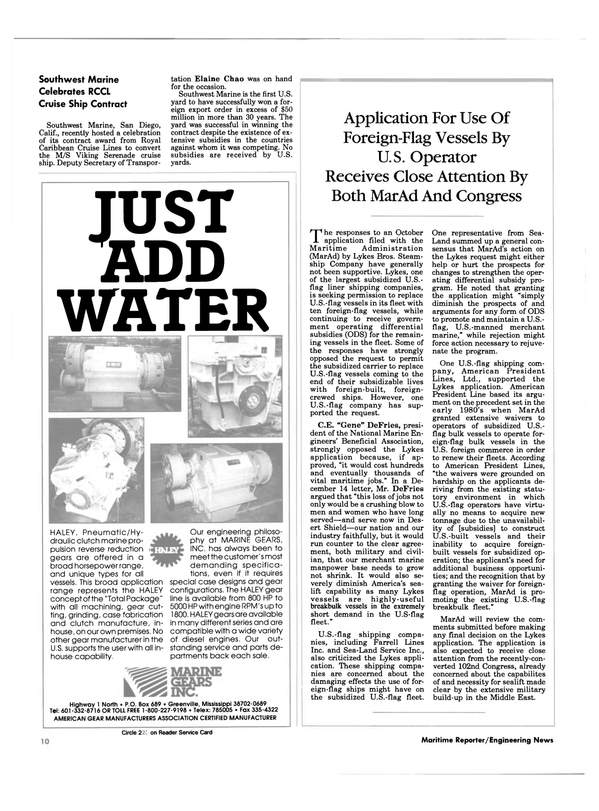