Secretary of Commerce Robert A. Mosbacher recently announced that Sperry Marine Inc. of Charlottesville, Va., is one of the 20 U.S.

companies chosen for the "Japan Corporate Program." Sperry Marine was among 120 finalist companies considered by the Commerce Department and is the only winner chosen from the marine industry.

The program is a new initiative to bolster U.S. exports to Japan and is, according to Mr. Mosbacher, the "latest step in the Commerce Department's long-term efforts to help U.S. companies compete more effectively in Japan." To assure that only the most promising and qualified U.S. companies were accepted into the initiative, the Department took over six months to select the 20 winners.

Sperry Marine, headquartered in Charlottesville, is a world leader in the development and manufacture of marine navigation, control and communications equipment. It is a subsidiary of Newport News Shipbuilding, a Tenneco company. 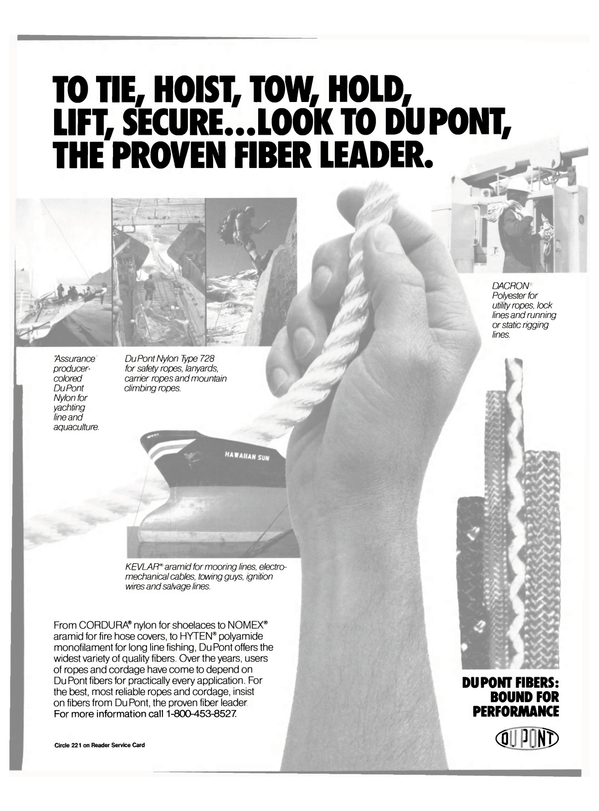