The 1991 legislative agenda of the Shipbuilders Council of America will emphasize the following, in addition to supporting a strong Navy shipbuilding and repair budget in FY 1992: C E O • Passage of a trade bill to discipline international shipbuilding subsidy practices—The SCA will urge the Senate Finance and House Ways and Means Committees to hold hearings early in the year on the status of the trade negotiations to end foreign ship construction and repair subsidy practices.

• Implementation of a sealift program— The SCA will urge Congress to keep pressure on the Administra- tion to respond to the nation's sealift shortfall by providing additional sealift monies in the fiscal year 1992 budget.

• Provision of government-supported export financing for commercial ships—The Council will urge Congress to explore with the Export Import Bank the possibility of a comparable ship export finance program for U.S. yards to match the government programs available to shipyards in Europe, Japan, and Korea.

• Revival of the U.S. cruise ship industry—Congressman Gene Taylor of Mississippi intends to reintroduce legislation in the 102nd Congress to amend current law to allow gambling on U.S. ships. 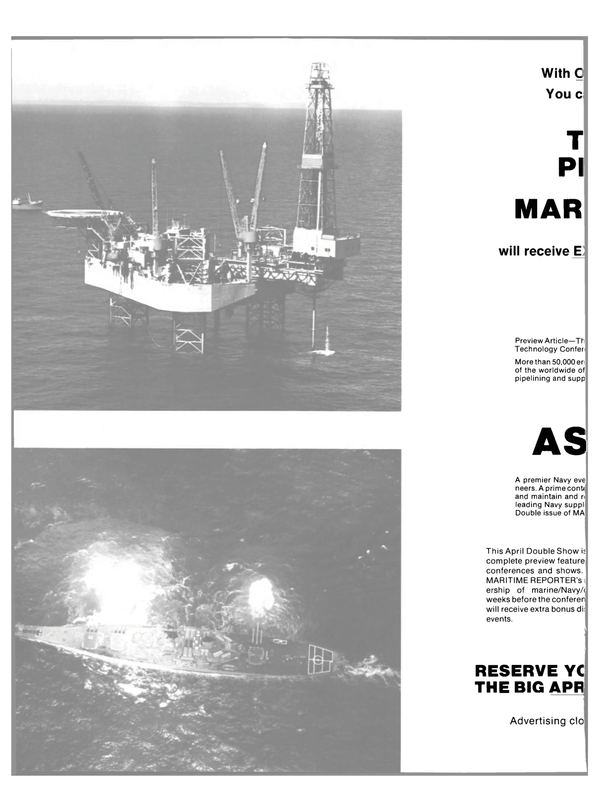