Two of the cruise industry's most renowned organizations have joined forces to develop Securite One, which will lead to a safe and secure cruise vessel.

Formulated by John McNeece, chairman of U.K.-based cruise ship designer McNeece and Brigadier, and Brian Parritt, chairman of cruise and ship security specialists International Maritime Security (IMS), the vessel holds the most innovative creativity in shipboard safety and onboard security.

Preliminary developments of Securitie One came in response to such disaster as the 1985 hijacking of Italian liner Achille Lauro, as well as a terrorist attack on the Greek ferry City of Poros, which left nine dead and 46 wounded.

To prevent further incidences such as these, IMO and other U.S. directives led a series of maritime security legislation.

Leading this fight is Securite One — a 40,000-grt, 800-capacity high-speed cruise ship designed to meet all threats.

Though not a passenger carrying warship, the vessel is designed to meet the needs of all travellers. 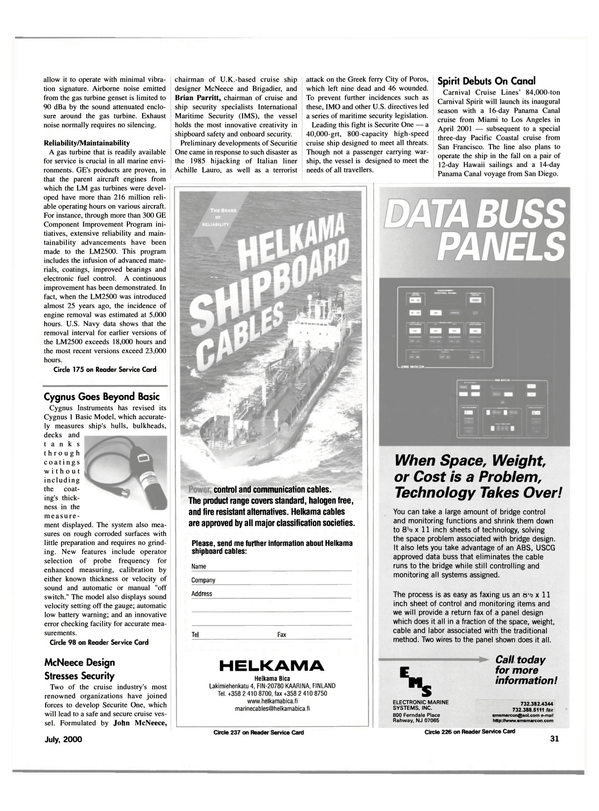