The contract involves the heavy-lift crane ship Abouzar 1200, which will be converted to a deepwater pipe-lay barge capable of laying pipe in up to 100 m water, using the S-lay method. Abouzar 1200 will receive new pipe handling equipment in order to handle pipe from 8 to 60-in. diameter, fully coated. The vessel is currently equipped with a 1200 SHT main crane and an eight anchor mooring system with eight mooring winches, fitted with 2.5-in. wire extending 4,921 ft. (1,500 m).

The vessel will be used on Phase 1 of the 120 km Iran South Pass development.

which will carry natural gas to the refinery at Assaloueh.

With class inspection performed by Det Norske Veritas, Holland's Gusto Engineering carried out the design of the conversion, which entails the vessel's widening by 10 ft. (3 m) on both sides along the full 131 ft. (40 m) of its overall length.

Known as HHI 1200, the vessel was operated by the yard until its purchase by IOEC approximately three years ago. 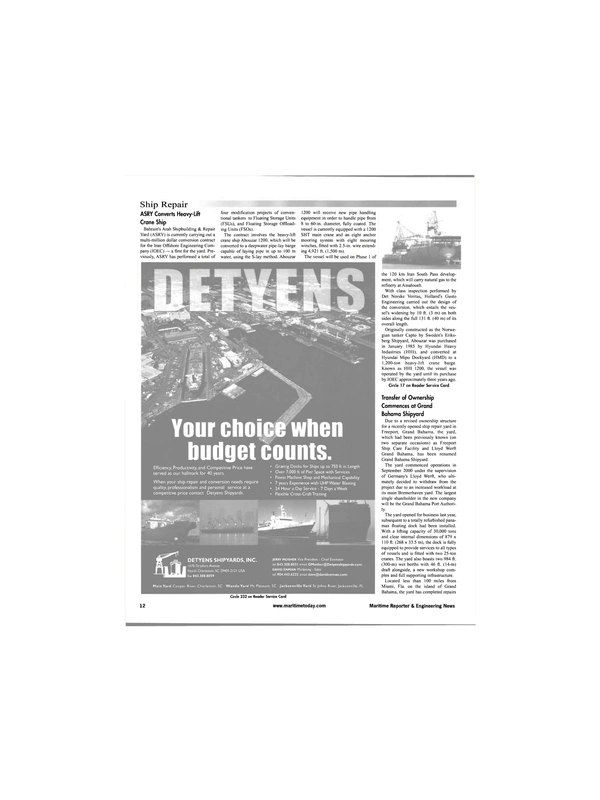