The company plans to launch its first wireless Network coverage in the Gulf of Mexico and on the lower Mississippi River during the month of May, subsequent to the completion of commercial "Beta" testing. 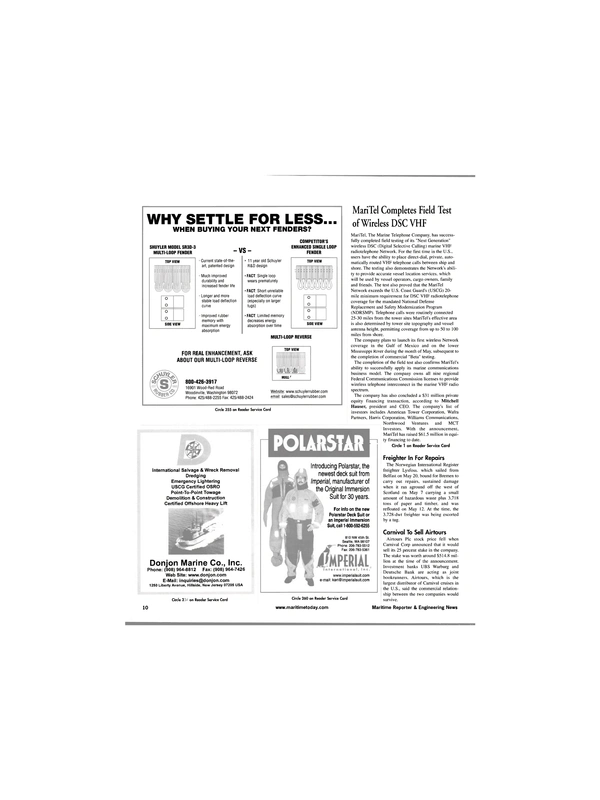