Northrop Grumman's Ship Systems sector will lead the DD(X) system design, engineering prototype development and testing under a $265 million contract awarded to the Gold Team by the Navy on April 29. The Gold Team includes Raytheon and more than 30 of the nation's top engineering and maritime industrial companies. The initial design contract has a total value of approximately $2.9 billion over four years.

Design and technology verification work, which will culminate in the construction of a new family of surface combatants, includes destroyers, cruisers and littoral combat ships. The transformational technologies developed in the DD(X) program will also be backfitted into today's existing fleet of Aegisequipped cruisers and destroyers.

As part of this effort, Raytheon N&MIS will build and test a dual frequency radar suite, an integrated solidstate communication system, a new launcher, an Integrated Undersea Warfare Suite and a multimission total ship computing environment.

Coming in October MR: A top to bottom review of the U.S. 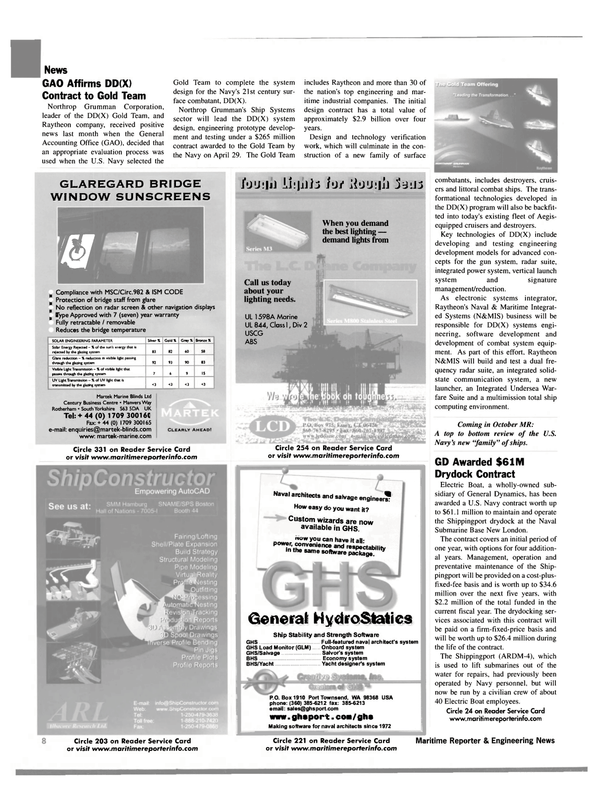