On August 13, President Bush hosted the President's Economic Forum at Baylor University in Waco, Texas, bringing together a variety of individuals to discuss the fundamentals of the economy and the President's agenda to increase economic growth for the future.

From the President's Statement at the Economic forum Plenary Session, President Bush indicated that he will refuse to spend a $5 billion package included in the 2002 Supplemental Appropriations Act for Further Recovery from and Response to Terrorist Attacks on the United States stating, "Congress, for the long-term economic security of America, needs to restrain spending....

And if the Congress won't show spending restraint, I intend to enforce spending restraint." The President is opposed to several of the individual expenditures in the package, including $273 million in supplemental funding for the Coast Guard: "But those who wrote the bill designed it so I have to spend all $5 of the extra billion dollars or spend none of it.

That's how they wrote the supplemental.

Those are the rules they placed upon my administration. 1 understand their position, and today they're going to learn mine. We'll spend none of it." That supplemental funding is now rescinded. 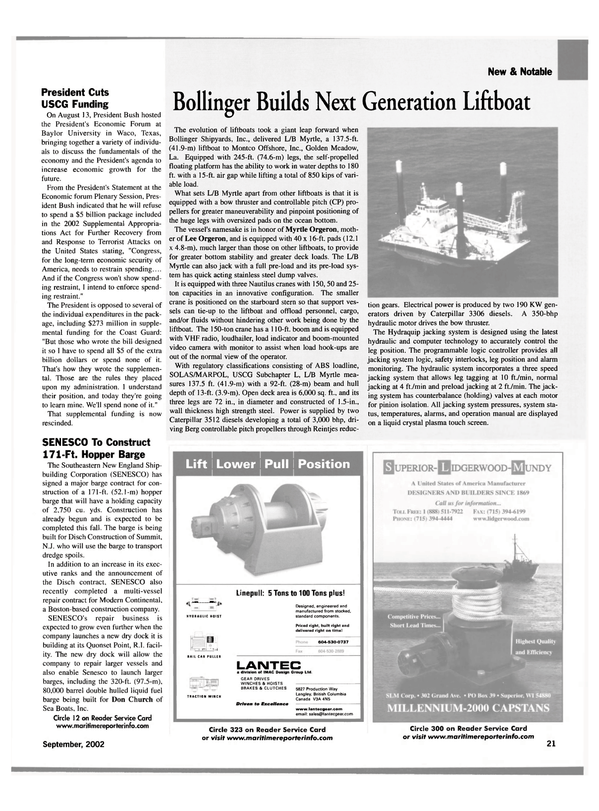