To combat the problem of cat fines in fuels, GEA Westfalia Separator Group is now offering a new system solution – the CatFineMaster –  which was presented for the first time at the SMM 2014. Cat fines can damage the engine and, under extreme circumstances, may also result in the total failure of the main engine. Fuel processing on board is thus of utmost importance; the new CatFineMaster is able to perform this task extremely efficiently and reliably. The system consists of a separator as the core element and a feed pump that can be regulated in the process for ensuring that the flow of heavy fuel oil is adjusted optimally to take account of the respective process requirements.
www.gea.com 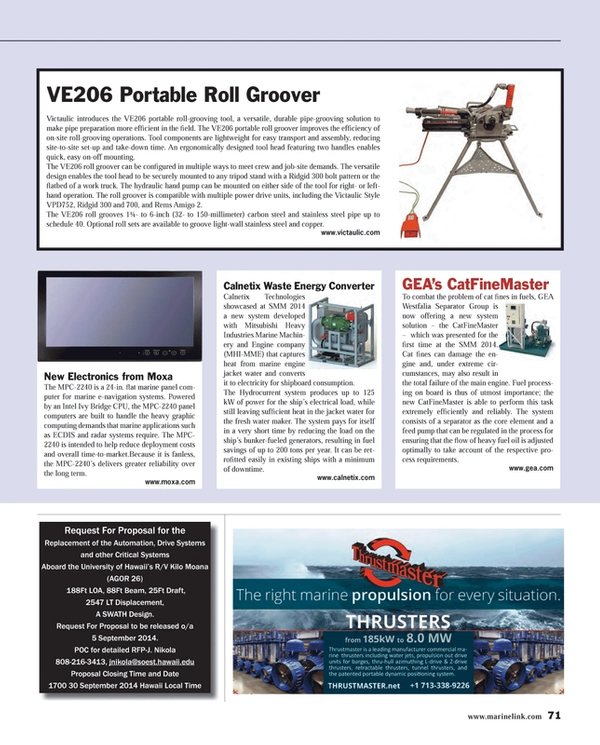