GreenSteam Optimizer is an onboard decision support system that is an adaptive, data-driven solution, helping the master to make the right decisions. Achieving maximum fuel efficiency means operating at the most efficient speed using as little fuel as possible. The optimal settings and parameters such as trim, draft are a vital in setting up the vessel, and depend on a range of conditions such as load, waves, wind, water depth and many other factors. By continually optimizing the trim and draft of the vessel based on data collected onboard the vessel, propulsion resistance is minimized, saving fuel. The GreenSteam Optimizer is compact and intuitive, simple to use and fitting the unit to existing vessels is simple and straightforward requiring no major modification of the ship, the developer said. Installation takes less than a day if the cabling has been prepared. The system consists of two small GreenSteam radars installed in the bridge wings, and touch screen console which connects to wind and flow meter sensors, trim and the radars.
www.greensteam.dk 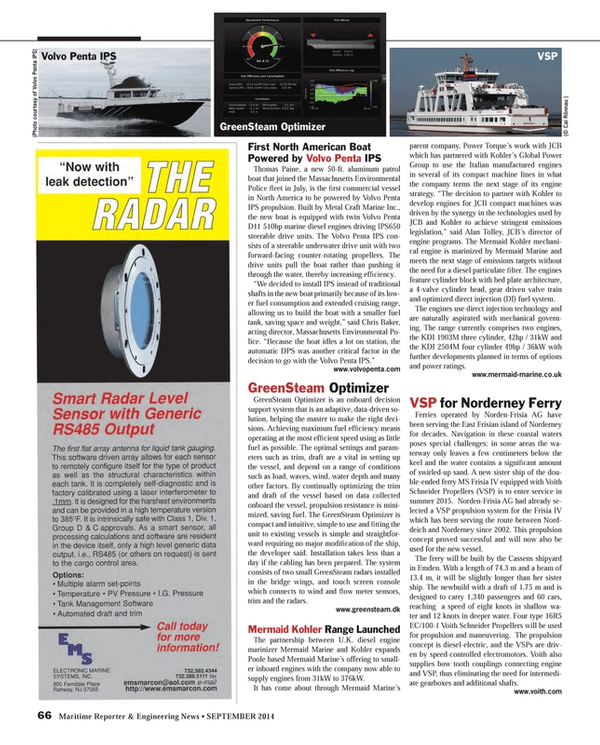