Guthans Elected AWO Chairman Of The Board; Farrell Reelected President

Robert A. Guthans, president and chief executive officer of Mobile, Alabama-based Midstream Fuel Services, Inc., and its two subsidiary companies, Tenn-Tom Towing Company, and Petroleum Energy Products Company, was elected chairman of the board of the American Waterways Operators (AWO)—the national trade association of the inland and coastal barge and towing industry—at the association's annual meeting in Washington, D.C.

Mr. Guthans brings to AWO vast experience and expertise in the maritime field. In 1953, he joined Southern Industries Corporation and subsequently held the position of vice president, corporate development. In 1971, he became president of B-R Dredging Company, a worldwide dredging operation, before assuming his current position in 1973.

Mr. Guthans served as vice chairman of the board of AWO in 1989 and has served a number of terms on the executive committee and board of directors of AWO before assuming the chairmanship.

The association also reelected Joe Farrell as president. Mr. Farrell has served in that capacity since 1983.

Founded in 1944, AWO represents over 300 companies involved in commercial transportation of goods by water, including small- and medium-sized shipyards that build and repair the industry's vessels. 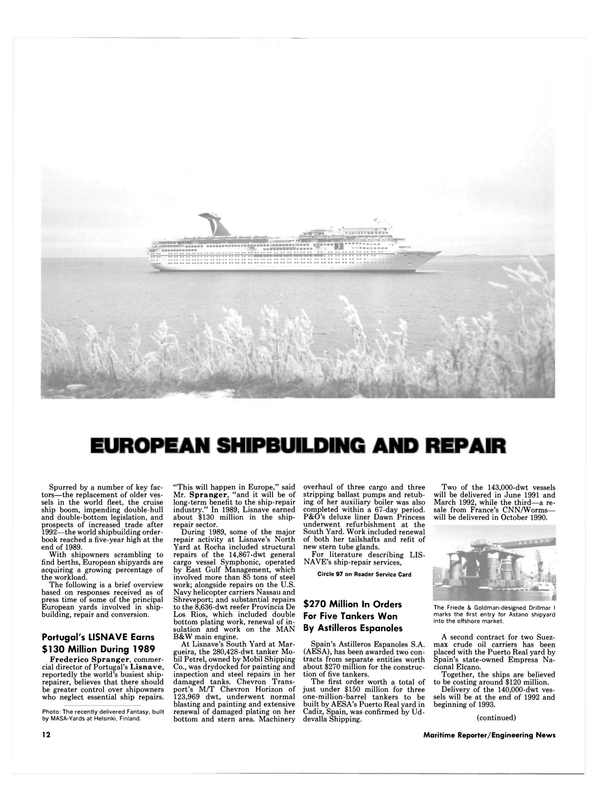 Read Guthans Elected AWO Chairman Of The Board; Farrell Reelected President in Pdf, Flash or Html5 edition of May 1990 Maritime Reporter