Other noticeable changes from earlier designs are the Boston's sleek megayacht profile and enlarged pilothouse. Additionally, the vessel's superstructure has been extended on the aft part of the third deck to conceal her stacks.

Besides Mr. Blount and Mr.

O'Leary, other dignitaries on hand included: Anne Lawler, the ship's sponsor; her husband, Beverly Lawler, chairman of the board, Lawler, Ballard Advertising, and a member of the board of directors of Cruise International; Marcia L.

The Spirit of Boston has an overall length of 193 feet, beam of 36 feet, depth at amidships of 10 feet 5 inches, and full load draft of 7 feet.

Upon her delivery in May, the Spirit of Boston will join six other ships built by Blount Marine for Cruise International. The ships are based in New York, Chicago, Los Angeles, Philadelphia, Washington, and New Jersey. 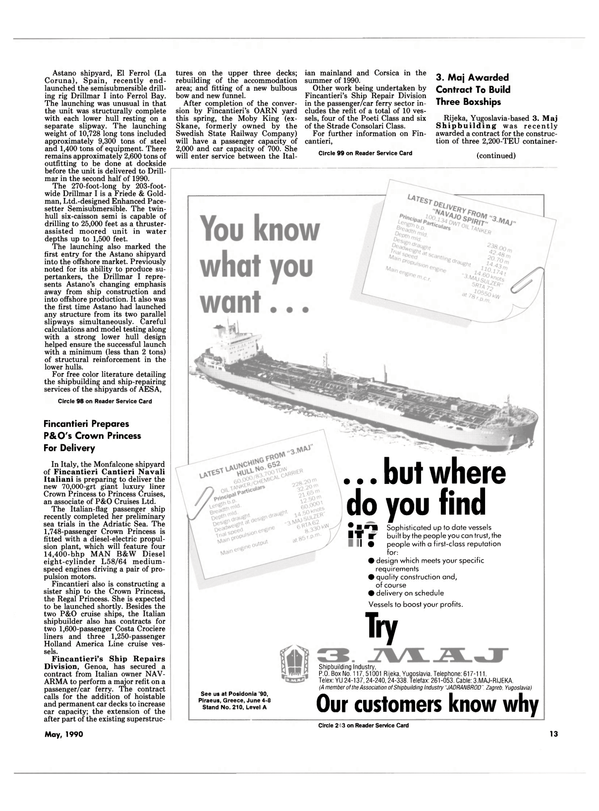