MTU North America has been awarded a contract by the U.S.

The repowering of the SES-200 is sponsored by the Department of Defense Foreign Weapons Evaluation/ NATO Comparative Testing Program, the purpose of which is to evaluate foreign systems and equipment to determine the potential for U.S. service use.

"By awarding the contract to MTU, the U.S. Navy has demonstrated its commitment to objectively evaluating technologically advanced components for future high-speed naval vessels," said Ray Carrell, MTU North America president and CEO. "The 16V396TB94 engine, identical to those which recently powered the Gentry Eagle's record-breaking trans-Atlantic crossing, was selected for this program because of its outstanding performance characteristics and its proven reliability. In addition, MTU was chosen for its ability to provide a complete, system- engineered waterjet propulsion package. We are very pleased to be working with the U.S. Navy on this project and look forward to the advances it will bring to the field of high-performance ship design technology." The 16V396TB94 engine is MTU's most advanced version of the highly regarded Series 396 diesel engine program, used widely in many high-performance marine applications throughout the world.

This new equipment will join two MTU 6V396TB83 diesel engines currently installed on the SES-200 to drive four large lift fans used to pump air into the SES cushion. The 6V396 engines were installed at the end of 1988 to enhance lift-system performance and to test advanced SES ride-control systems. Each engine drives one fan from each end through a Vulkan torsional coupling.

This drive solution significantly reduces weight and space requirements of lift-fan systems and was first used on the SES-200.

For more information and free literature from MTU, Circle 33 on Reader Service Card 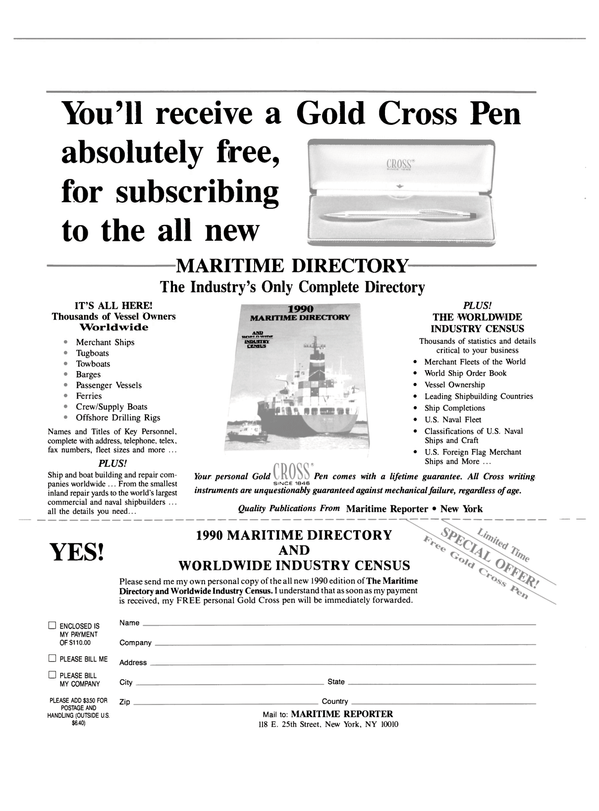