Firstly, they can be deployed in deep seas, independent of the soil conditions. Secondly, the installation and heavy maintenance can be done in sheltered areas, so that the whole OFWT can be towed directly to the wind farm’s location by conventional tugs. However, floating foundations also bring new constraints on the wind turbine due to their motions in waves and wind. The combined use of model tests and simulations gives a better understanding of all the mechanisms at play.

Ideally, OFWTs are designed such that their natural periods are out of reach of the most energetic waves. Because waves and floater responses are not purely linear, it is useful to examine situations when higher order wave excitations are acting on the floater. Therefore, a study on the effects of second order wave loads on the floater’s responses was carried out for a semisubmersible.

Second-order wave excitation resonant response peaks were identified in surge, heave and pitch from the analysis of measurements in waves. When the semisubmersible is exposed to wave only, the second-order response in pitch becomes the largest cause of inertial loading on the turbine. In wind and waves, the motions of the wind turbine are influenced by the wind loads on the rotor. This effect is particularly noticeable at the surge and pitch eigen frequencies, when it can potentially damp out the pitch response to second-order wave loads and beneficially reduce the inertial loads. Interaction between the loads on the rotor, the wind turbine controller and the motions of the floater are being thoroughly examined in the LIONS HAT Joint Industry Project set-up by MARIN.

(As published in the February 2016 edition of Maritime Reporter & Engineering News - http://magazines.marinelink.com/Magazines/MaritimeReporter) 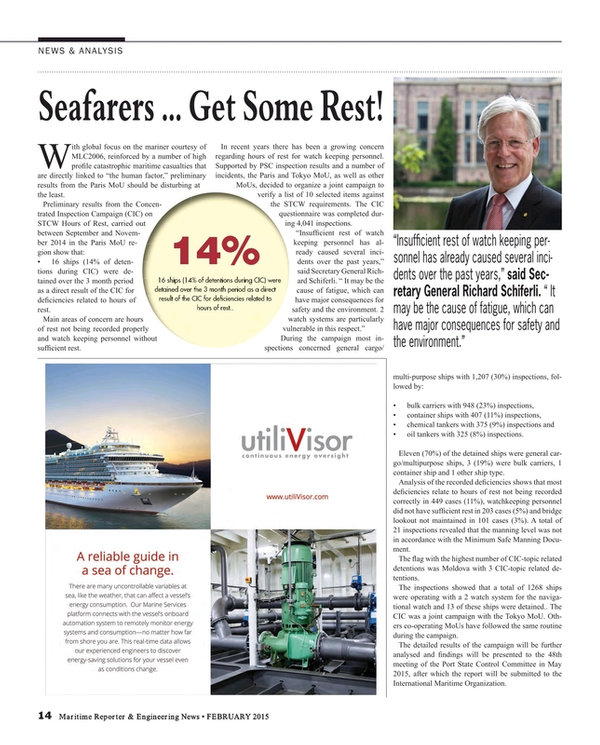