The Company:
Foss Maritime Company is wholly owned by Saltchuk Resources, a privately owned family investment company formed in 1982 and based in the Pacific Northwest. Saltchuk has over $2 billion of assets invested in numerous operating companies in several different business groups, including deep water shipping logistics, ship management, tug and barge operations, fuel distribution, and trucking. Foss regularly partners with its sister companies in the Saltchuk portfolio to offer a diverse range of maritime transportation services.

The Case:
Foss evolved from a single rowboat into a leading marine transportation and harbor services company, celebrates its 125th anniversary this year. Founded in 1889, it now serves customers around the world, operating more than 130 vessels and continues to pursue growth opportunities in a variety of areas, such as expanding its scope of services and clients in Alaska and the Arctic. For more than a century, Foss Maritime has helped set the standard for marine transportation with leading edge technology, engineering and shipbuilding. The company’s Seattle shipyard, traditionally involved in maintenance and repair work, expanded into new-vessel construction in early 2014, and today employment at Foss Seattle shipyard is larger than ever with about 265 welders, electricians, carpenters and other craftsmen. Two state of the art fireboats are currently under construction at the Seattle shipyard. 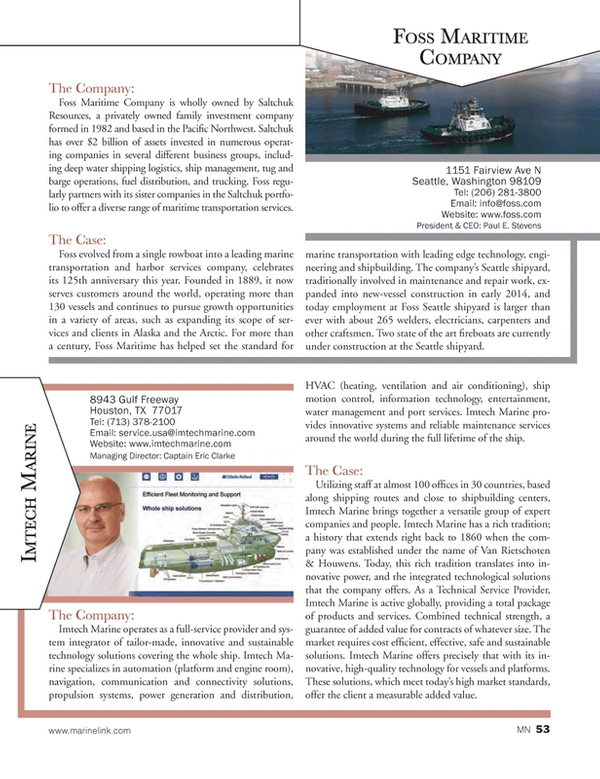