The Company:
Massachusetts Maritime Academy is one of nine Massachusetts State Universities. Established in 1891, the academy now offers seven undergraduate and two master’s degrees. Approximately 50-60% of the undergraduates are enrolled in unlimited USCG Merchant Marine License preparatory programs. 1,350 students are members of the Regiment of Cadets residing on campus. The academy operates a training vessel (T.S. Kennedy) used to acquire sea service for the cadets. The academy also has an 87 ton auxiliary training vessel (Ranger) used during the academic semesters for coastal navigation. There are also two tugs (Alert and Hercules) and a barge that supports the Mate of Towing program. The Academy has a vast array of simulators used for undergraduate and professional mariner training. The engineering program has a live steam plant with a condensing turbine used for training along with multiple live and static machinery including diesel, gas turbine and steam turbines.

The Case:
Massachusetts Maritime Academy was recently ranked by Ex-Education Secretary William Bennett as one of the best 150 colleges in America worth attending. The academy is ranked number three nationally on a list of public universities for best Return on Investment. Forbes Magazine listed Massachusetts Maritime as one of the top 15 colleges in the nation for return on investment. Job placement of its graduates is typically 97% six months out from graduation. 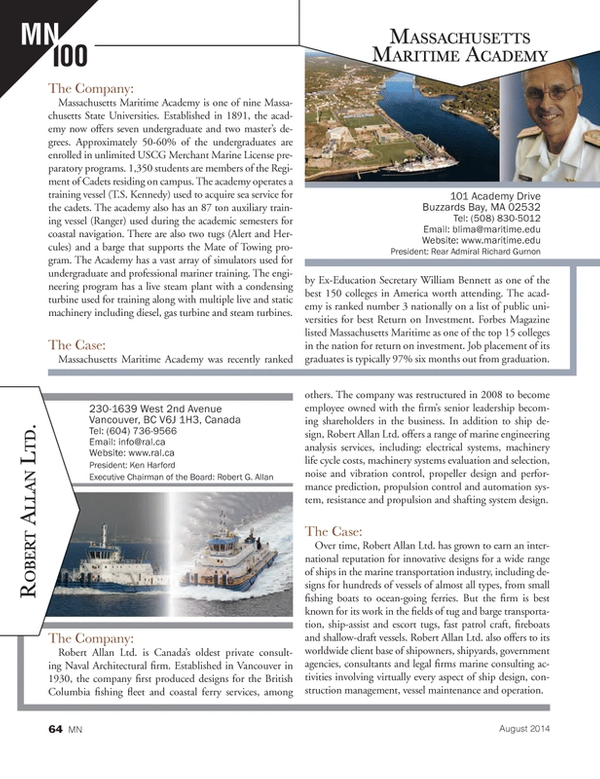