The Company:
Seattle-based Markey Machinery Company has roots in the marine and logging industries stretching as far back as the early 1900s. Founded by Charles Markey in 1907, the company has seen several generations of Markeys at its helm through more than 100 years of company growth. Today, led by Blaine W. Dempke and Robert A. LeCoque, the company’s primary focus lies in the manufacture, support and service of custom deck machinery for workboat, scientific and dockside applications. 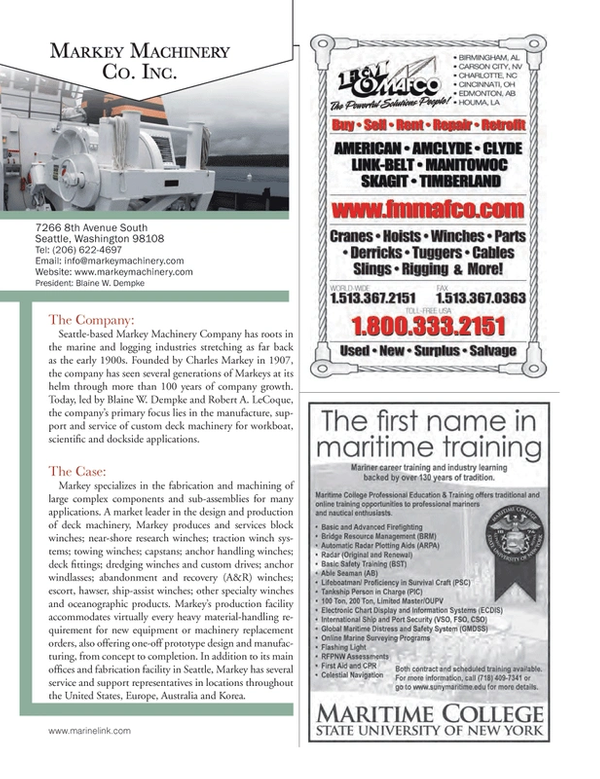