The Company:
Sneed operates out of its main facility, nearly 40 acres in Channelview, Texas, as well as a smaller yard (three acres) in Orange, Texas, and the Central Gulf Shipyard, LLC, in New Iberia, La., a full-service shipyard located on the Commercial Canal, specializing in offshore liftboat newbuild and repair; cornerstone to the company’s plan to further diversify its business from its inland core to include the offshore industry.

The Case:
Martin M. Sneed founded Sneed Shipbuilding in 1965 and sold it to his son Clyde Sneed and business partner Mitch Jones in 2009. With origins in the towboat and barge industry, much of the company’s business centers on the carriage of liquid fuel, as it builds for some of the world’s leading inland tow and barge operators. The company expanded into the offshore sector with the construction of its first liftboat in 2012. About 70% of Sneed’s business is newbuilds and 30% is repairs. 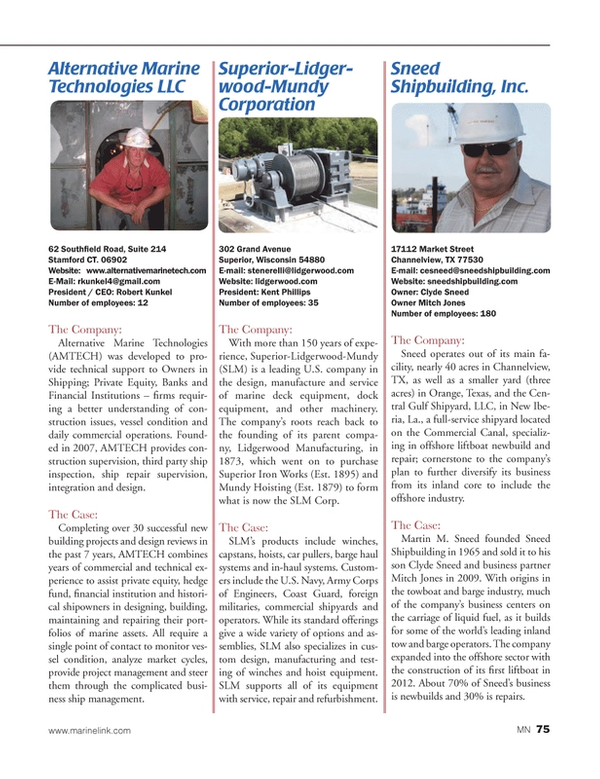