The Company:
LeBeouf Bros. Towing, LLC is one of the oldest marine towing companies operating the U.S. inland waterway system. Formed in the early 1940s by brothers Willard and Irvin LeBeouf, and joined in 1946 by Earl Gonsoulin, the company was purchased by the Gonsoulin family in 1968.

The Case:
Today LeBeouf Bros. is privately held and operated by Richard “Dickie” Gonsoulin and his son, Jon Gonsoulin, and continues to operate a growing fleet of inland boats and tank barges serving the petroleum and chemical industries on all major U.S. inland waterways. The company specializes in the carriage of crude oil, clean and dirty petroleum products and chemicals. Diversifying its operations, the company entered the shipyard business in 2005 with Bourg Dry Dock, a fully functional shipyard to build boats, barges and equipment, as well as performing repairs. The company also owns Bayou Blue Fleet which it utilizes for both equipment storage and outside fleeting opportunities. 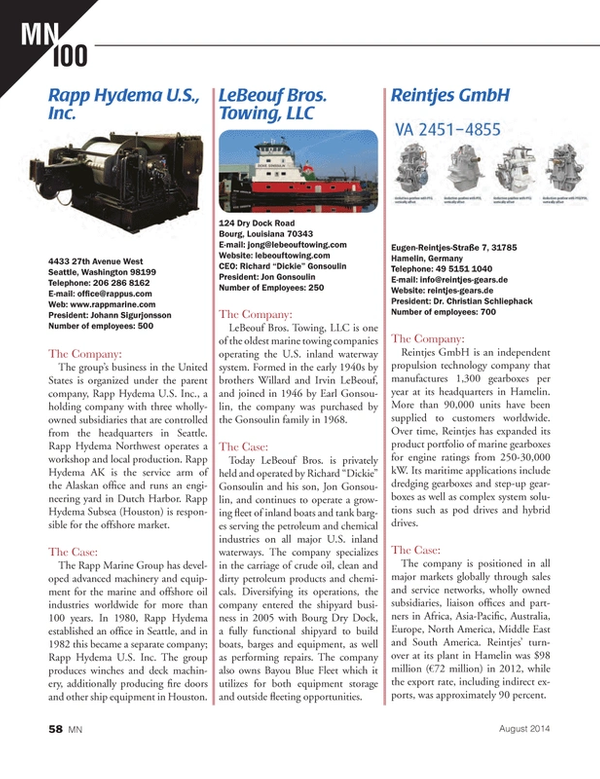