Burbank & Company, Ltd., New York, N.Y., has announced the election of Franklin W.L. Tsao as a director to its hoard and the formation of an affiliated company, Shipcentral, Limited, New York, of which Mr. Tsao is the president.

Mr. Tsao, who is also a director of the International Maritime Carriers group of shipping companies with offices in Hong Kong, Tokyo, and Kuala Lumpur, graduated from McGill University as an electrical engineer, received a degree in naval architecture and marine engineering from the University of Michigan, and earned a master's degree in business administration (finance) from Columbia University. In 1968, he joined A.L. Burbank & Company, Ltd., specializing in new construction projects and has since effectively applied his knowledge to the technical, economical and financial aspects of each project for his clients. Involving arrangements with owners, builders, charterers, and bankers, Mr. Tsao's efforts have resulted in the conclusion of a considerable number of projects for leading shipowners in the United States and Europe. Included, have been numerous types of specialized bulkcarriers, super, very large (VLGC) and ultra large (ULCC) tankers, large liquefied gas carriers, and products carriers for which, in most cases, customized charters were arranged. Shipcentral will further emphasize the above services, together with expansion into other related services for shipowners. 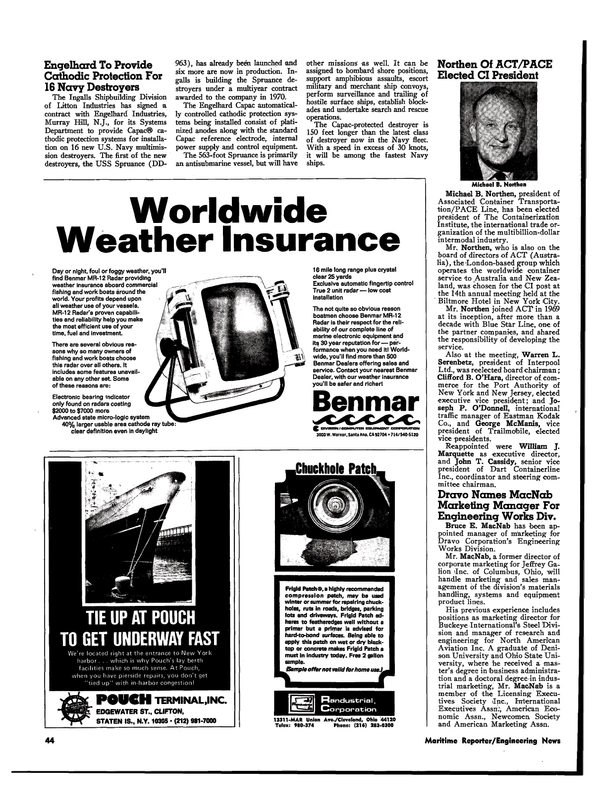