The Eastern region includes the Pittsburgh office, where Mr. Finney is located, and the Baltimore, Cleveland, and New York offices.

Previously, Mr. Finney had been division manager for the Pittsburgh- Cleveland Division.

Mr. Nicholas is a sales representative for Lufkin's 'Gear Division.

Lufkin manufactures its marine and industrial gears at the home plant in Lufkin, Texas, and markets them worldwide.

Mr. Patterson has been a sales representative for Lufkin's oil field pumping equipment. He will now also be involved in commercial and marine gear sales of the area. 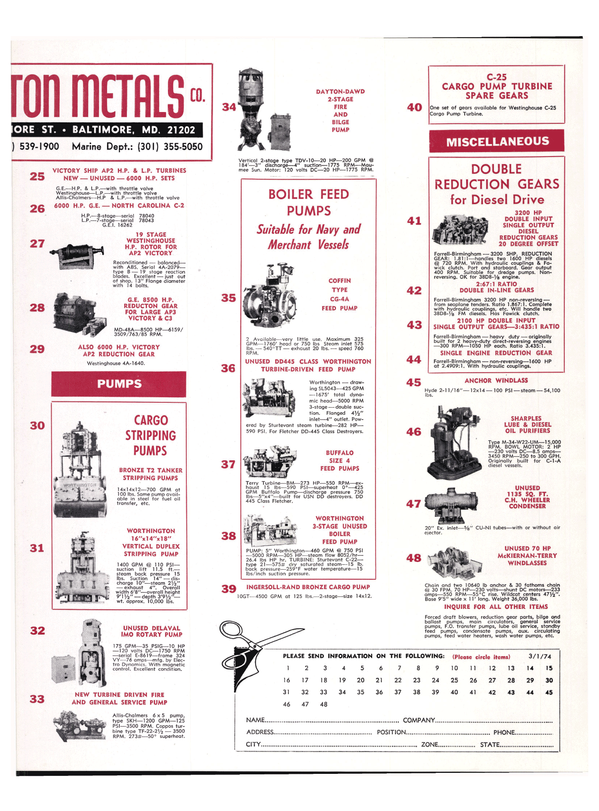