Stork-Werkspoor Diesel, a division of the Dutch VMF Group of Companies, have received orders for the delivery of 32 engines. Of these, 10 are intended for Smit & Co.'s Internationale Sleepdienst, Netherlands, to power two of their new seagoing tugs, which will be among the most powerful in the world. Each tug will have two TM 410 medium-speed diesel engines, and the auxiliary power on board each tug will be generated by three SWD DR 210 diesel engines.

The tugs, which are to be built by Merwede v/h Van Vliet & Co., will be twin screw.

At the same time, SWD received an order from the German yard of Schichau Unter-Weser A.G. on behalf of the British shipping company Townsend Thorensen for the supply of four 9-cylinder TM 410 mediumspeed diesel engines to power two new roll-on/roll-o'ff vessels. This brings the total number of SWDpowered ships owned by Townsend Thorensen to nine, with a total of 25 engines. 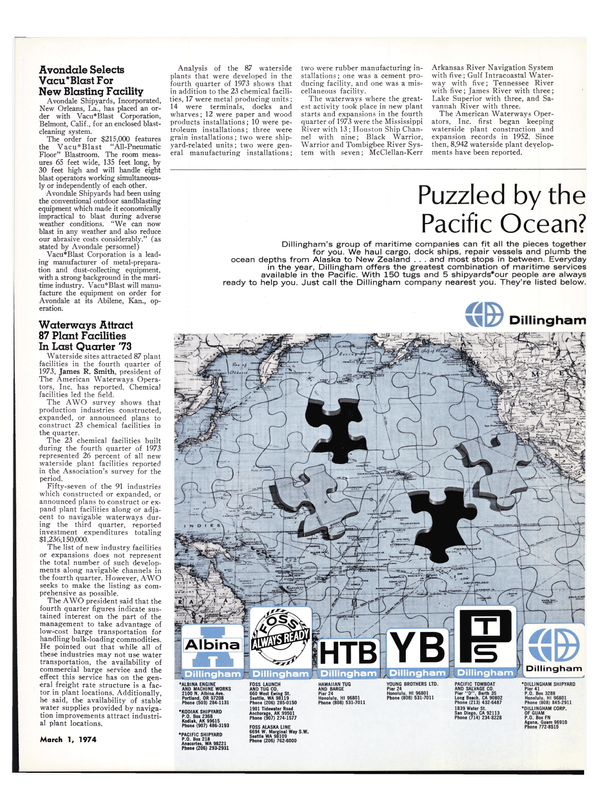