The AWQ survey shows that production industries constructed, expanded, or announced plans to construct 23 chemical facilities in the quarter.

The 23 chemical facilities built during the fourth quarter of 1973 represented 26 percent of all new waterside plant facilities reported in the Association's survey for the period.

Fifty-seven of the 9'1 industries which constructed or expanded, or announced plans to construct or expand plant facilities along or adjacent to navigable waterways during the third quarter, reported investment expenditures totaling $1,236,150,000.

The list of new industry facilities or expansions does not represent the total number of such developments along navigable channels in the fourth quarter. However, A W O seeks to make the listing as comprehensive as -possible.

The AWiO president said that the fourth quarter figures indicate sustained interest on the part of the management to take advantage of low-cost barge transportation for handling bulk-loading commodities.

The waterways where the greatest activity took place in new plant starts and expansions in the fourth quarter of 1973 were the Mississippi River with 13; Houston Ship Channel with nine; Black Warrior, Warrior and Tombigbee River System with seven; McClellan-Kerr Arkansas River Navigation System with five ; Gulf Intracoastal Waterway with five; Tennessee River with five; James River with three; Lake Superior with three, and Savannah River with three.

The American Waterways Operators, Inc. first began keeping waterside plant construction and expansion records in 1952. Since then, 8,942 waterside plant developments have been reported. 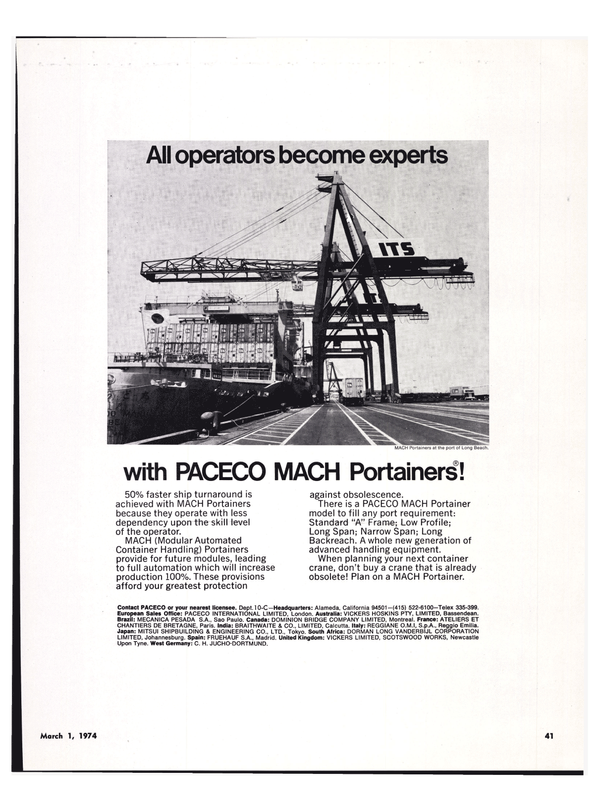