Leonard H. Pert has been named manager-operations for the United States Lines Eastern Division, it was announced by William J. Kee- 1y, Eastern Division vice president of the company.

In his new post, Mr. Pert will direct operations at all the company's Eastern Seaboard installations, including1 the port terminals at Port Elizabeth, Philadelphia, Baltimore, Norfolk and Savannah. He will have jurisdiction over all port managers, and will ibe responsible for all East Coast freight activities, with the exception of sales.

Mr. Pert, who will report to Mr.

Keely, had been assistant marine superintendent for marine operations.

Since joining United States Lines in 1956, he has held various managerial positions for company terminals in New York and London.

Born in England, he served with distinction with the British Royal Navy during World War II. He served aboard many military convoy vessels in the North Atlantic, Pacific and the Mediterranean, and was decorated at Buckingham Palace in 1943, as a Member of the Order of the British Empire.

United States Lines operates an all-modern fleet of 30 vessels serving various areas of the world. Sixteen high-speed high-capacity containerships maintain a 15,000-mile Tri-Continent Service between Europe, the East and West Coasts of the United States, Hawaii, Guam, and the Far East. The company also has 14 fast Challenger-class general cargo vessels engaged in commercial and chartered services in the trans-Atlantic and trans- Pacific areas. 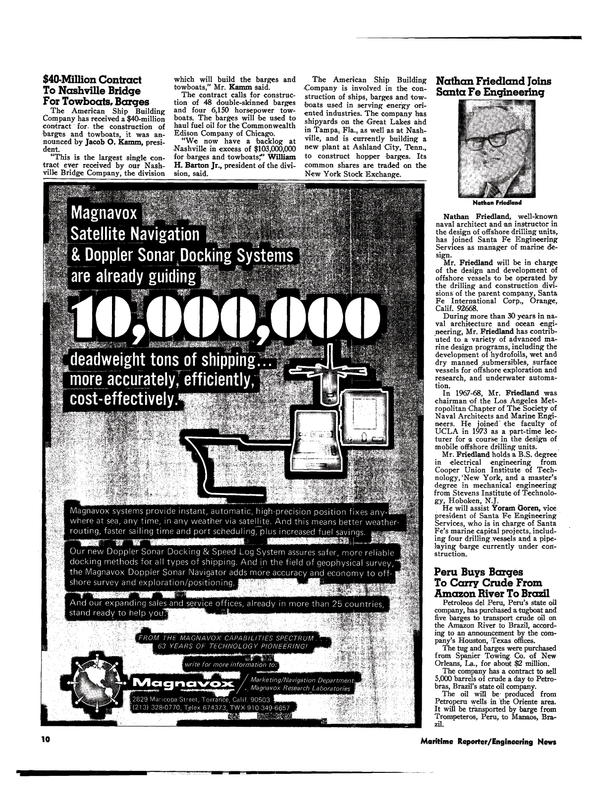