James R. Barker, chairman and chief executive officer, told the meeting that "the broadened scope of the company's activities in transportation and natural resources, the reason for this name change, is evident in results for 1973." Mr. Barker then disclosed that revenues for the year ended December 31, 1973, which included operations of Pickands Mather & Co. acquired April 3 last year, totaled $141,545,000 compared with $56,933,000 the year before when the company's principal activity was its ocean shipping subsidiary, Moore-McCormack Lines, Incorporated.

Pickands Mather's activities include operation of iron ore and coal mining properties, management and ownership of limestone and coke facilities, operation of Inter lake Steamship, a Great Lakes bulk carrier fleet, and acting as a sales agent for various materials.

In commenting on the year as a whole, Mr. Barker noted that per share earnings of $4.21 were substantially higher than the 1972 pro forma $2.24 representing profits of Moore McCormack and PM combined, and that 1973 results of Moore-McCormack Lines and PM were each ahead of the year before.

He added that "this increase reflects the strong uptrend in the steel industry, which is served by PM, and in trade on our ocean shipping routes linking Atlantic Coast U.S. 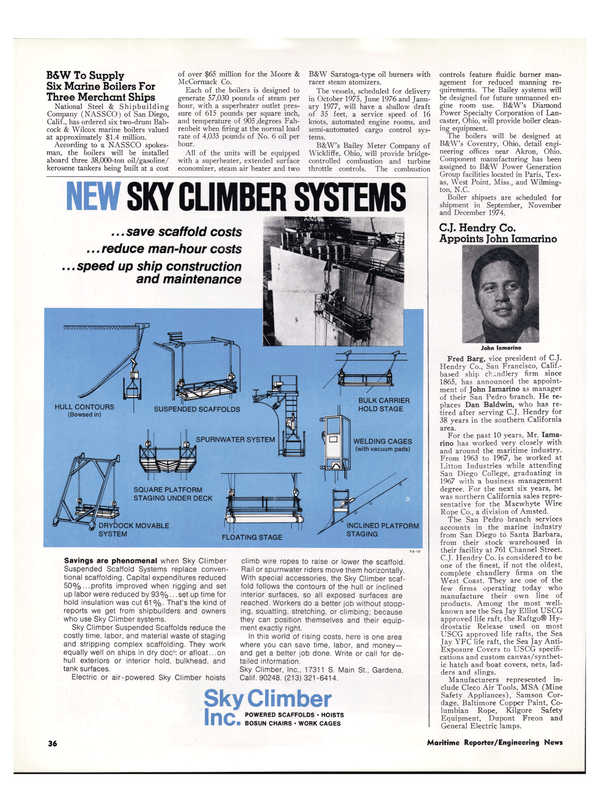